Scientists fear the government's stance on Northern Ireland is causing a Brexit backlash to research funding. 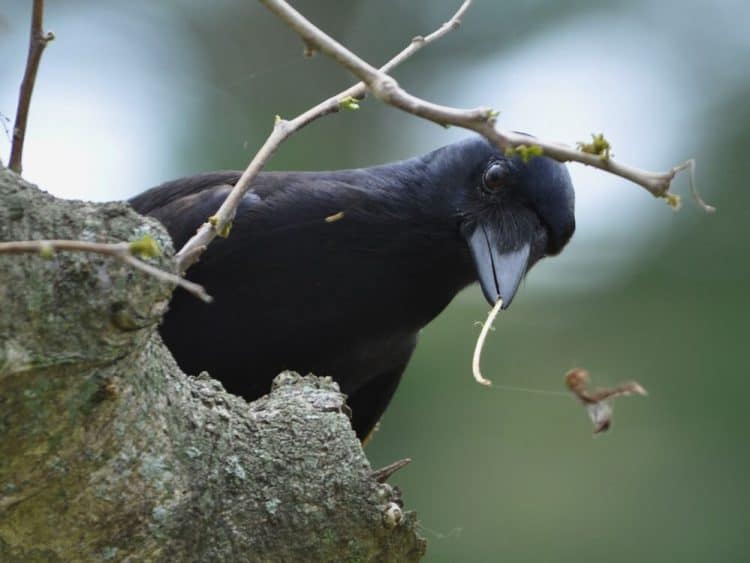 One of Britain’s most significant centres for studying crows and other birds is facing closure because of Brexit.

The 22-year-old Comparative Cognition Laboratory, established to study the minds of crows, rooks and other birds, is set to cease operations in July, the Observer reported.

The lab’s director, Professor Nicola Clayton, told the newspaper she was devastated by the prospect of ending her research – and was in no doubt that Brexit is to blame.

“The problem lies with Britain leaving the EU,” Clayton said. “Our prime funding was provided by a grant from the European Research Council. However, after the UK voted for Brexit, that meant an end to our support.

“As a result, we face closure in the very near future. It’s horrendous.”

The lab – based in the village of Madingley, near Cambridge – is currently home to seven rooks and 25 jays, both members of the crow (or corvidae) family.

They are so intelligent that they can make tools – a skill previously thought to be possessed only by humans and a select group of mammals.

“Corvids are as intelligent as chimpanzees,” Clayton explained. “They plan for the future and create stashes of food. More importantly, they also try to find other corvids’ stashes and that is a very good model for a theory of mind.

“If you’re going to steal the stashes of other birds, you have to be able to put yourself in their minds and try to understand what they are thinking and where they might have put their food. You’re recognising that another entity has a mind like your own and that is very advanced.”

She added: “We are just beginning to understand how these animals think, which makes the threat to our laboratory all the more heartbreaking.

“That is why I am desperate to find any last-minute funding that would save this ‘corvid palace’. These birds have shared their innermost secrets with us, after all.”

The prospect of the laboratory closing is adding to mounting fears among researchers that British science is being hit by a Brexit backlash.

EU officials are irate at the UK’s stance on the Northern Ireland protocol, leading to a string of major scientific projects being blocked in the UK.

It emerged this month that Cambridge astronomer Nicholas Walton has been forced to pass on leading a €2.8 million star mapping project, passing it on to a Dutch colleague because the UK’s membership of the EU’s Horizon research programme has not yet been ratified.