It was claimed at the time that the former MP had spent an extra £10,000 in just one year on biscuits. 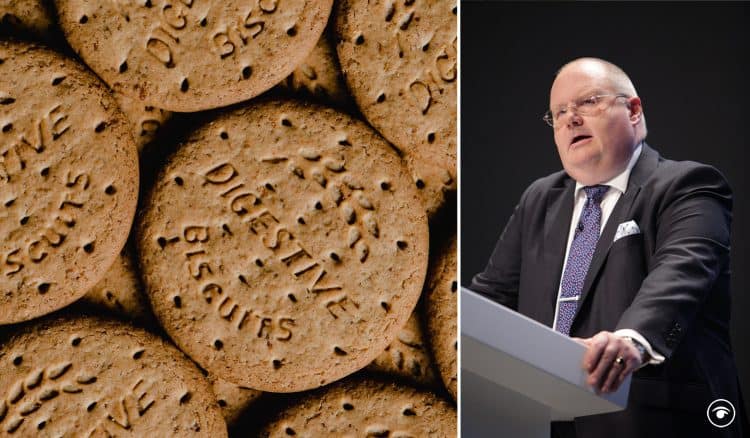 A former Tory minister who sparked outrage after telling the Grenfell Inquiry not to keep him too long once racked up an eye-watering biscuit bill as head of the Department for Communities and Local Government.

Eric Pickles, the former housing secretary, faced a grilling over a programme to slash “red tape” he oversaw in government – and whether it compromised building safety regulations.

But the public inquiry was shocked on Thursday after a furious Lord Pickles – now a Tory peer – responded to questioning by saying he had been promised he could leave soon.

In 2013, Pickles was forced to launch a staunch defence of his Government department after it was claimed he spent an extra £10,000 in just one year on biscuits.

Figures released at the end of last year suggested Mr Pickles’ Department for Communities and Local Government had forked out £40,000 on serving custard creams, ginger nuts and digestives at meetings.

This was up from £30,000 in 2011, and led Labour minister Diane Abbot to remark: “Nobody begrudges Eric the odd digestive but he needs to cut his biscuit bill.

“Thanks to his policies councils all over the country are having to cut vital facilities like libraries.”

Appearing on LBC shortly after, he told Iain Dale: “The figure was for part of our hospitality budget.

“When we have meetings, if people come from a long distance we’ll give them tea and biscuits.

“The rise comes down to one of my fine civil servants putting the wrong thing in the wrong column. It is still a 94 per cent reduction though compared to Labour’s spending in the department.

“I’m not playing a jammie dodger here. I even bring in my own tea bags to work. I wouldn’t accept anything from another person.”