The survey also put support for the SNP in a de facto referendum general election at 53 per cent. 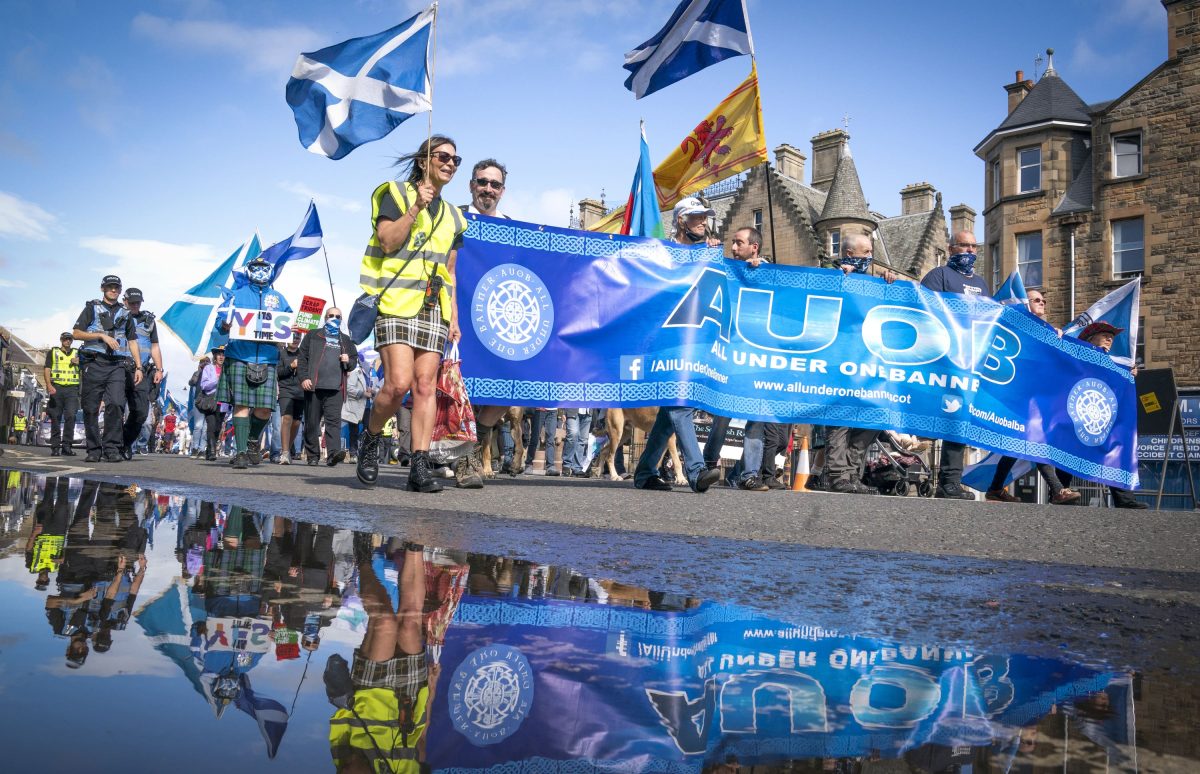 Support for Scottish independence has increased to 56 per cent, a poll has suggested.

A poll from Ipsos Scotland for STV of 1,065 Scots shows support soaring in the wake of the Supreme Court ruling that the Scottish Parliament cannot legislate for a referendum on independence.

When asked when they would like to see a vote on separation, 35 per cent of respondents said before the end of next year, while 26 per cent said they never want another vote, 17 per cent said between 2024 and 2026 and the same proportion said after 2026.

Following the ruling, First Minister Nicola Sturgeon said her party would fight the next general election as a de facto referendum on independence.

The poll also suggested, if the election was being treated as a referendum, the SNP would get 53 per cent of the vote, while the Scottish Greens would receive 2 per cent among those most likely to vote – satisfying the parameters set by the First Minister for negotiations on Scotland leaving the union to begin.

But when asked for the biggest issues facing Scotland today, 41 per cent of respondents said it was the NHS – up from 27 per cent in the May 2022 poll from Ipsos Scotland – followed by 28 per cent who said the cost of living and 23 per cent who said education.

Scottish independence was fourth at 23 per cent – rising from 17 per cent in the last poll.

The poll also looked at satisfaction with party leaders in Scotland.

The First Minister had a +9 net satisfaction rating, followed by +3 for Scottish Labour leader Anas Sarwar.

Scottish Green co-leaders Patrick Harvie and Lorna Slater, who also serve as ministers in the Scottish Government, boasted a net rating of +1 and +2 respectively.

SNP depute leader Keith Brown said the momentum of the campaign for independence was “rocketing” and the poll showed a “clear majority” for separation.

“For too long, Tories and Labour have claimed now is not the time for the people of Scotland to choose their own future,” he said.

“This poll shows clearly the people think now is the time – the Westminster parties need to recognise and respect that.”

“As the chaos of Westminster control wreaks untold damage on Scotland, inflicted by successive Tory governments that we didn’t vote for, it’s no surprise that support for independence continues to rise.

“The only way to protect Scotland is through independence – it is the only way we can get rid of Tory Westminster governments for good.

“No Westminster politician can stand in the way of the Scottish people. To escape the damage of Brexit that both Labour and the Tories back, and to protect Scotland from Westminster governments Scotland doesn’t vote for, we need to choose an independent future.”