There was no holding back from the shadow chancellor during a recent podcast. 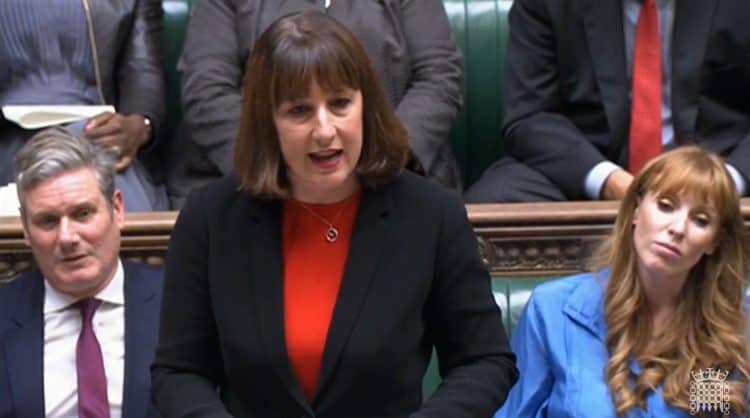 Rachel Reeves has said the Tory MP who criticised Marcus Rashford over his food povery campaigning can “f*** off” in a recent podcast interview.

Conservative MP Natalie Elphicke was forced to apologise last year after suggesting the Manchester United player should have spent more time “perfecting his game” rather than “playing politics”.

The tweet came after Rashford – who has urged the government to expand free school meals – missed a penalty in the Euro 2020 final.

Reeves was scathing about Elphicke and Tory policy on schools during the latest episode of Matt Forde’s Political Party podcast.

“Natalie Elphicke, when Rashford missed a penalty, her tweet was ‘If he spent more time on football rather than trying to get free school meals for our kids maybe he’d be better’. F*** off!”

Elphicke isn’t the only one to have criticised Rashford, who recently bagged two goals against Wales at the World Cup.

Times columnist Will Lloyd said that the Manchester United striker’s decision to particpate in the 2022 Qatar World Cup “ruins” any claim he might have to be an activist.

“The showy social consciences of Southgate’s England squad seem to evaporate when a place in the World Cup is at stake”, he said, adding that it is unlikely footballers have become “socially conscious overnight”.

Focussing his ire on Rashford, Lloyd said the child poverty campaigner is like PR gold for brands and acts like a “pipeline for the sale of expensive apparel”.

“He sensed what most of the public and press could not. This was business, not activism. A fresh way to market footballers, and bank millions doing so.”