"The very last thing on earth that will stop me eating steak is people like you", the TalkTV hardman said. 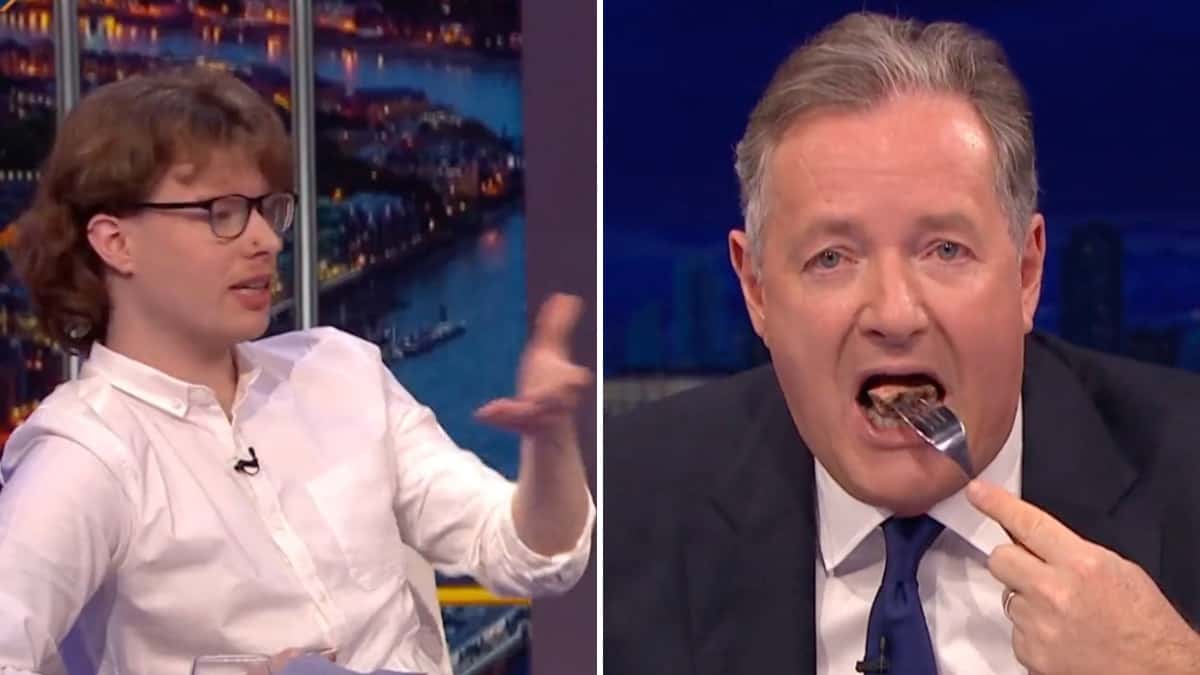 Piers Morgan reached peak Piers again by eating a steak in front of a vegan activist to try and prove a point.

Nathan was on the show to discuss the spate of demonstrations from Animal Rebellion in recent months, which have included protesting at Salt Bae’s London restaurant and pouring milk on the floor in supermarkets.

Piers started off by telling the activist that vegans “all look pretty pasty faced and unhealthy to me.”

He continued: “What I don’t do is I don’t go running into vegan restaurants and start screaming abuse at you all and have to be pulled out by people because you’re ruining everyone’s fun.”

Nathan retorted that the host had got off to an “absolute blinder” before explaining precision fermentation, which the spokesperson claims is capable of creating animal protein using a “fraction of the land” and “carbon footprint”.

After being questioned on what he eats, Nathan said he loves “seasonal British fruit and veg” and “supporting British farmers.”

Turning to Aldo, Piers asked him how he feels about the recent protests at Nusr-Et steakhouse, with the chef explaining that he “opened one of the first vegetarian restaurants in London’s Soho’, and doesn’t “have any problems with vegan, veganism and vegetarian people.”

He added: “So I don’t understand when it gets out of hand that these people have to disrupt our business.”

As the debate continues, the TalkTV host tells the Animal Rebellion member that “none of you make me want to change my mind,” before he whips out a steak dinner and begins to gobble it down.

Then, in a moment of delicious irony, Piers tells the activist: “If you want to win an argument, you just can’t be annoying all the time.”

Make of that what you will.