Support for Brexit-style referendum in other countries collapses

Europe is more united than ever. 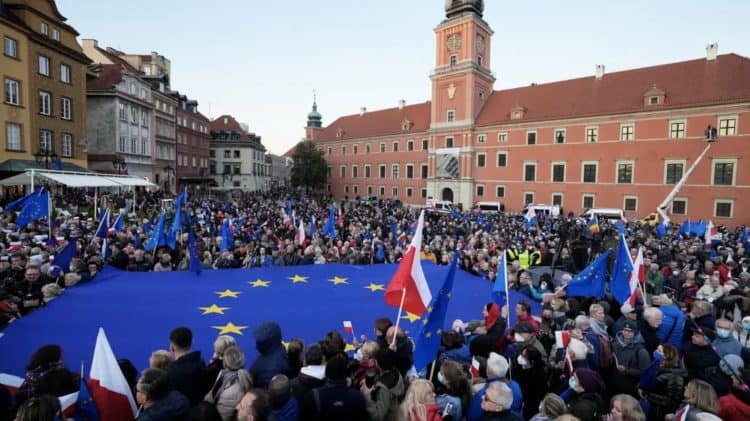 Support for a Brexit-style referendum in EU member states has collapsed since Britain’s departure from the bloc in 2016.

The latest European Social Survey, conducted in 30 European nations every two years since 2001, found respondents were less likely to vote leave in every EU member state for which data was available.

Gallard said the fall in support for a leave vote most likely stemmed from “a cumulative effect combining the EU’s attitude towards the various crises of recent years, the radical right’s moderation on the subject [of leaving the EU], and the many vicissitudes of Brexit”.

The ESS survey also found that respondents’ emotional attachment to Europe had increased between 2016 and 2022 in most member states. Asked to rate how attached they felt to the bloc on a scale of zero to 10, 54.9 per cent of Portuguese respondents gave responses between seven and 10 in 2020-2022, against 41.5 per cent in 2016-2017.

Strong emotional attachment to Europe in Finland rose to 58.7 per cent from 46 per cent over the period, while in Hungary – engaged in an increasingly bitter rule-of-law dispute with Brussels – it increased from 60 per cent to 70.3 per cent. In Italy the corresponding figures were 37.2 per cent and 44.3 per cent, and in France 44 per cent and 48.8 per cent. Germany and Spain were stable.

Support for Scottish independence falls to near 2014 levels