The Tory leadership hopeful claimed he had often been a lone voice of resistance to lockdown measures within the Government. 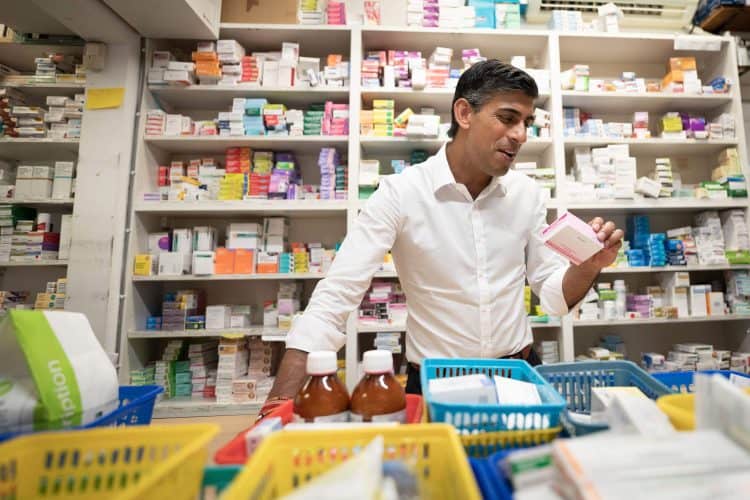 Rishi Sunak faced a backlash after claiming that independent scientists were given too much power during the pandemic and concerns about the economic and social impacts of lockdowns were not properly considered.

The former chancellor, one of the key players within Government during the crisis, said “if you empower all these independent people, you’re screwed” and claimed that the Scientific Advisory Group for Emergencies (Sage) edited its minutes to hide dissenting opinions.

But Sage member Professor Graham Medley said it was the Government that made the decisions, not the scientists, while former No 10 insiders described  Mr Sunak’s comments “simply wrong” and “dangerous rubbish”.

Mr Sunak used a Spectator interview to criticise the way decisions were made, saying “we shouldn’t have empowered the scientists in the way we did” and suggested he had been left “furious” during a meeting because colleagues refused to acknowledge the wider impact lockdown was having.

The Tory leadership hopeful claimed he had often been a lone voice of resistance to lockdown measures within the Government.

“We didn’t talk at all about missed (doctors’) appointments, or the backlog building in the NHS in a massive way. That was never part of it,” he said.

The meetings were “literally me around that table, just fighting”, which “was incredibly uncomfortable every single time”.

At one meeting he raised the impact on children’s education: “I was very emotional about it. I was like ‘Forget about the economy. Surely we can all agree that kids not being in school is a major nightmare’, or something like that.

“I was so furious”

“There was a big silence afterwards. It was the first time someone had said it. I was so furious.”

He said that if the trade-offs had been acknowledged from the beginning, in March 2020 when the first lockdown was imposed, then different decisions could have been taken.

“We shouldn’t have empowered the scientists in the way we did,” he said.

“And you have to acknowledge trade-offs from the beginning. If we’d done all of that, we could be in a very different place.”

Mr Sunak suggested that minutes of Sage meetings, setting out the discussions on guidance for ministers, had omitted dissenting views.

He claimed the panel members did not realise there was a Treasury representative on their calls, feeding back to him.

He said she would tell him: “‘Well, actually, it turns out that lots of people disagreed with that conclusion’, or ‘Here are the reasons that they were not sure about it’. So at least I would be able to go into these meetings better armed.”

But Prof Medley said: “Government have the power, so if one member of cabinet thinks that scientific advice was too ‘empowered’ then it is a criticism of their colleagues rather than the scientists.

“The Sage meetings were about the science, not the policy options, and the minutes reflect the scientific consensus at the time.

“Science has no place in the decision whether to close schools or not, but it does have a role to say what the impact on the epidemic might be.

“Hopefully the inquiry will address the question of how the very different spheres of science and politics can be better able to support each other during the next pandemic.”

Prof Ian Boyd, who was also on Sage, said the panel gave advice “based on the information available at the time”.

“Especially in the early stages of the pandemic an immense amount was not known, and this meant that risks were high, and therefore precaution was called for.

“Sage did not make decisions, it tried to reflect its uncertainties in its advice and it worked by consensus.

“Members were acutely aware of the trade-offs associated with implementing specific actions. To the extent that it was possible with the information available at the time, these trade-offs were included within the uncertainty expressed in the advice.”

Mr Cain said: “It would have been morally irresponsible of the Government not to implement lockdown in spring 2020 – the failure to do so would have killed tens of thousands of people who survived Covid.

“In addition, without lockdown the NHS simply could not have survived and would have been overwhelmed.”

NHS “could not have survived”

That would have resulted in an “even greater backlog” and more excess deaths from incidents such as missed cancer appointments, he suggested.

He said No 10, the Treasury and Department of Health and Social Care “met multiple times daily and discussed the trade-offs”.

“We all knew lockdown was a blunt instrument that had many downsides but in a world without vaccinations it was the best option available,” Mr Cain said.

A No 10 spokesman said: “Throughout the pandemic, public health, education and the economy were central to the difficult decisions made on Covid restrictions to protect the British public from an unprecedented novel virus.

“At every point, ministers made collective decisions which considered a wide range of expert advice available at the time in order to protect public health.”