"The whole thing is quite simply an organised rip-off, it's a crime being perpetrated upon all bill holders, that should fill all of us with an almighty righteous anger and fury." 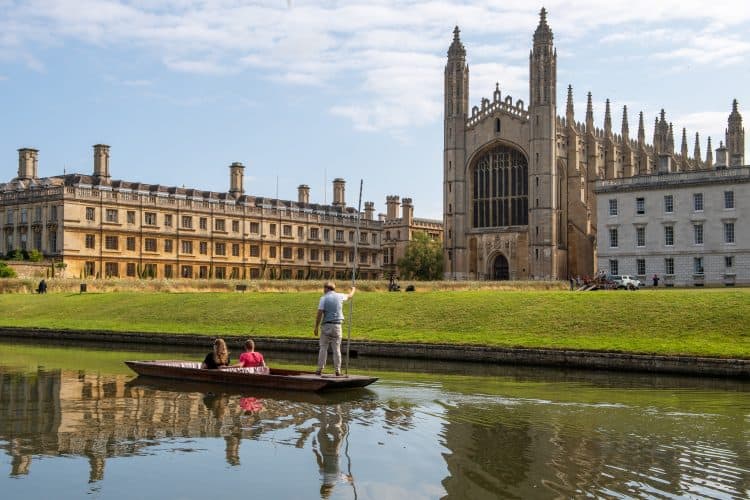 Water flowing through the picturesque King’s College river is now 40 per cent sewage, according to research done by the Liberal Democrats.

Environmental journalist Terry Macalister says you can now smell sewage on the River Cam, comparing the damage done to the iconic river to vandalism.

The findings have sparked fresh criticism of Anglian Water, which was ranked worst for failures in monitoring how much sewage it discharges – with nearly half of all its discharges (49 per cent) not measured.

The figures – which the company says are out of date – show that it discharged untreated sewage for at least 1,689 hours in 2021, equivalent to more than four-and-a-half hours every day.

Speaking to ITV News Anglia, Macalister said: “I don’t know what I’m swimming in and I don’t know to what extent I’m endangering my health,” he said.

“People have been sick from swimming in the river. These are chalk streams and they are very, very valuable in biodiversity terms.

“King’s College Chapel – which we all revere as a cultural icon for humans – we’d never let that be damaged in any way. You could argue that the river in its biodiversity terms is the equivalent of King’s College Chapel and yet we’re abusing it and that needs to stop.”

“The whole thing is quite simply an organised rip-off, it’s a crime being perpetrated upon all bill holders, that should fill all of us with an almighty righteous anger and fury,” he said.

“The River Cam does not have the legal protection but suffers the same impact, over-abstraction for water supply and what remains of it is now being pumped full of sewage.

“It’s a disgrace and the water companies now need to be held accountable for their actions and the impact their activities have had on the environment.”

Anglian Water said the figures being discussed by the Lib Dems were historic and that the company was now monitoring nearly 75 per cent of all discharges.

Company spokesperson Regan Harris told ITV News Anglia the number of storm spills was declining and that the company was investing money to deal with the issue.

“Monitoring is obviously very important, but it’s actually equally, if not more important, that we’re tackling the problem. So we’re investing £200m over a five-year period to basically stop storm spills or at least significantly reduce them.”

She said sewage was not the only pollution in the river, pointing to other causes, including from animals swimming in the water.

“We know that there is work to do there, we recognise we don’t want our assets to be the reason for unhealthy rivers and seas, but there are lots of things in the natural environment that can also cause poor water quality for rivers – from ducks and other animals swimming in rivers, to agricultural run off, urban run off. There’s lots of things people need to be mindful of when swimming.”