The Tory MP manhandled Bray, stole his hat and called him a "parasite" and a "malingerer" in the altercation. 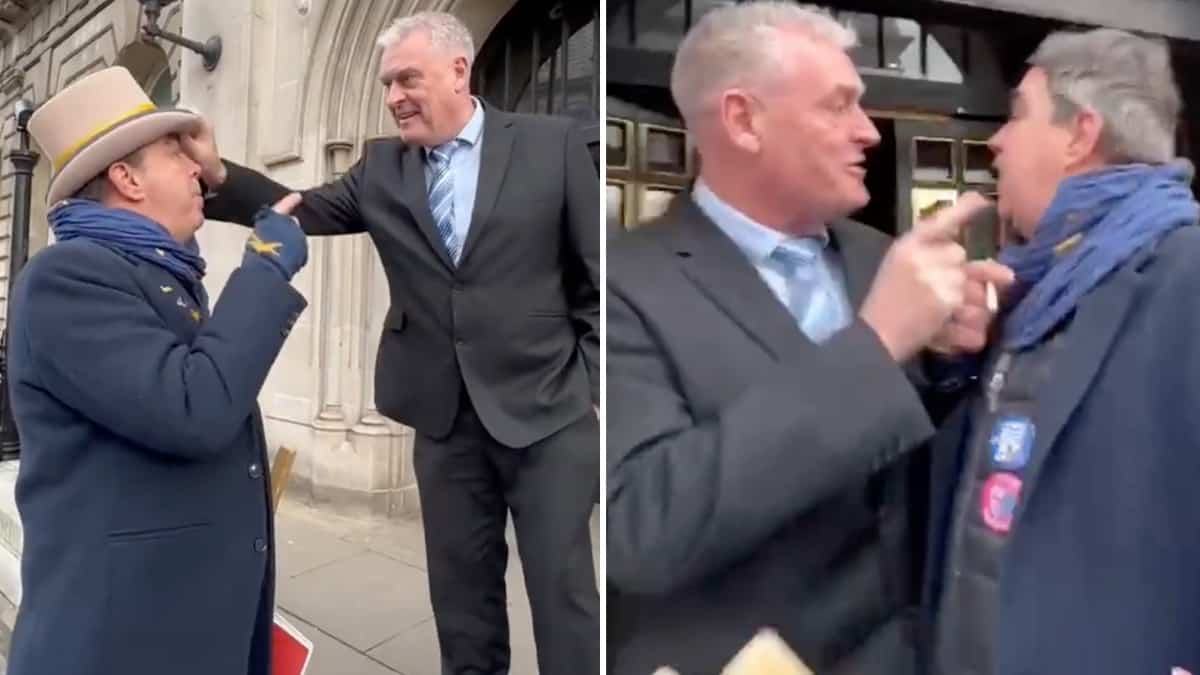 The ‘Stop Brexit’ camaigner took to social media to confirm he had reported the incident after it provoked widespread outrage.

Anderson replies: “It’s a New Year, but you’ve not got a new job yet.

The fiery encounter notches up a gear as the MP grabs Bray’s hat from his head before retreating towards the entrance to a building.

Bray follows the politician towards the building, where the clash continued.

As Bray makes a move to retrieve his hat, an armed police officer emerges from the building to break the pair up.

Anderson smiles as he returns the hat, saying: “There you go.”