News late last night on a breakthrough on fishing was rubbished by Simon Coveney, who says Michel Barnier is "very gloomy". 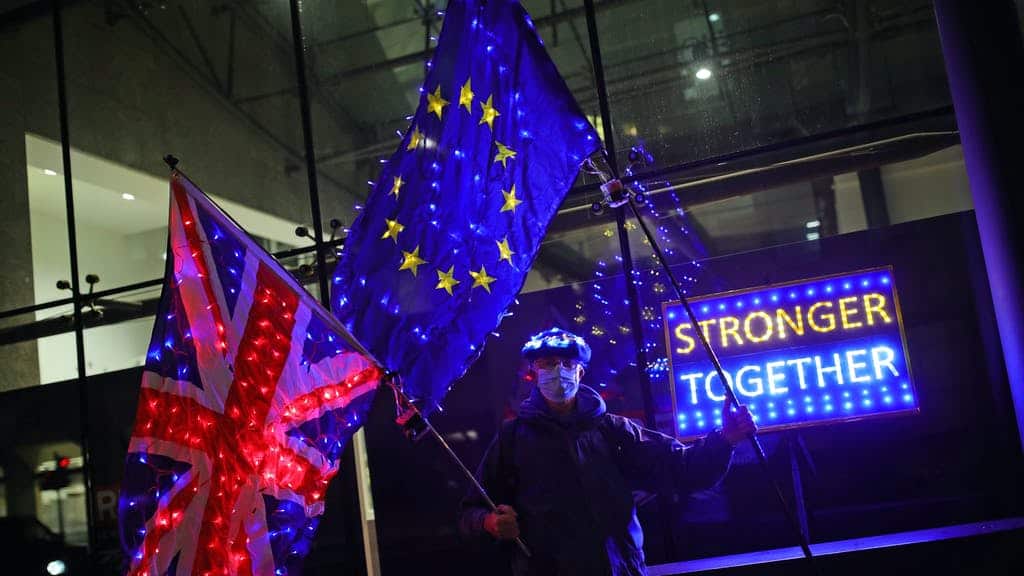 Michel Barnier is said to have given a “downbeat” and “gloomy” assessment of progress in reaching a post-Brexit trade deal between the European Union and UK following a weekend of tense talks.

The EU’s chief negotiator updated ambassadors from the 27 member states on the state of play on Monday morning ahead of a resumption of discussions in Brussels with his UK counterpart, Lord Frost.

Irish foreign minister Simon Coveney told RTE news: “Having heard from Michel Barnier this morning, really the news is very downbeat. I would say he is very gloomy, and obviously very cautious about the ability to make progress today.

Mr Coveney said there was “no progress made” on Sunday and that the negotiations “seem stalled” with barriers to progress “very much in place”.

But he added: “There is still time. Lunchtime seems a long way away now, given the intensity of these discussions, but that’s where we are, and anyone who is briefing that there are breakthroughs in either of these two big areas … I don’t think is accurate.”

An EU official told the Associated Press that the outcome remains “uncertain” and can “still go both ways”.

But Foreign Office minister James Cleverly insisted a post-Brexit trade deal with the EU is “nearly there” although negotiators may not be successful in time.

He told BBC Radio 4’s Today programme: “The vast majority of the elements of this agreement have been resolved and we’re now hanging on a small number of important areas where we don’t have agreement.

No breakthrough on fish

The two leaders will speak on Monday evening – their second call in a little over 48 hours – after their top negotiators spent Sunday locked in detailed talks.

Lord Frost and Mr Barnier were ordered back to the negotiating table in a final push to see if they could break the stalemate – with just over three weeks until the end of the transition period.

In the febrile mood surrounding the negotiation, British sources denied reports on Sunday that there had been a breakthrough on the thorny issue of future fishing rights.

Reports suggested they had agreed to a transition period for phasing in changes for access for EU boats to UK waters of between five and seven years.

However, a UK Government source said: “There’s been no breakthrough on fish. Nothing new has been achieved on this today.”

Amid the uncertainty, the pound was down 1.3 per cent against the dollar.

???? Decisive hours for the future of EU-UK relations: EU Chief negotiator @MichelBarnier has started to brief EU Ambassadors about the current state of play of #Brexit negotiations. #COREPER pic.twitter.com/KOt3pImINL

Neil Wilson, chief markets analyst at Markets.com, said: “Sterling risks to Brexit no-deal endgames were exposed this morning as the chatter was less optimistic than many of us thought it would be, with reports in one paper indicating Boris Johnson is ready to walk away within hours.

“Moreover, confusion over progress on fishing has clearly unnerved the market. GBPUSD slipped from 1.34 overnight to 1.3280 in early trade, a chunky move to start the session and reflective of both the pound’s sensitivity to headlines and the severe downside risks from a no-deal Brexit.”

Meanwhile, Cabinet Office minister Michael Gove will meet his counterpart on the UK-EU joint committee in Brussels on Monday, the UK Government said.

A spokesman said: “The Chancellor of the Duchy of Lancaster will meet vice president (Maros) Sefcovic today in Brussels to discuss issues related to their work as co-chairs of the Withdrawal Agreement joint committee.

“The work of the joint committee is separate from the ongoing FTA negotiations.”

Following their earlier call on Saturday, Mr Johnson and Mrs von der Leyen acknowledged that there are still “serious differences” to be resolved on fisheries and the mechanism for resolving disputes as well as competition rules.

While the two sides have been circling round the same issues for months, it is unclear whether the intervention of the leaders has created the political space for the negotiators finally to bridge the gap.

What is agreed is that time is rapidly running out.

If there is no deal by the end of the Brexit transition period at the end of the month, then Britain will leave the single market and the customs union and begin trading with the EU on World Trade Organisation terms, with the imposition of tariffs and quotas.

Before then it has to be ratified by both Houses of Parliament in the UK and the European Parliament as well as signed off by the EU leaders.

There had been hopes that could happen at a two-day summit in the Belgian capital starting on Thursday – their final scheduled gathering of the year – but the timetable is looking increasingly tight.

France has publicly warned that it will veto any deal if it is unhappy with the terms, amid signs President Emmanuel Macron is anxious that Mr Barnier is preparing to give too much ground in his determination to get a deal.