Food and medical supply shortages, queues of 7,000 trucks in Kent and the collapse of one in 20 local authorities are all included in the document. 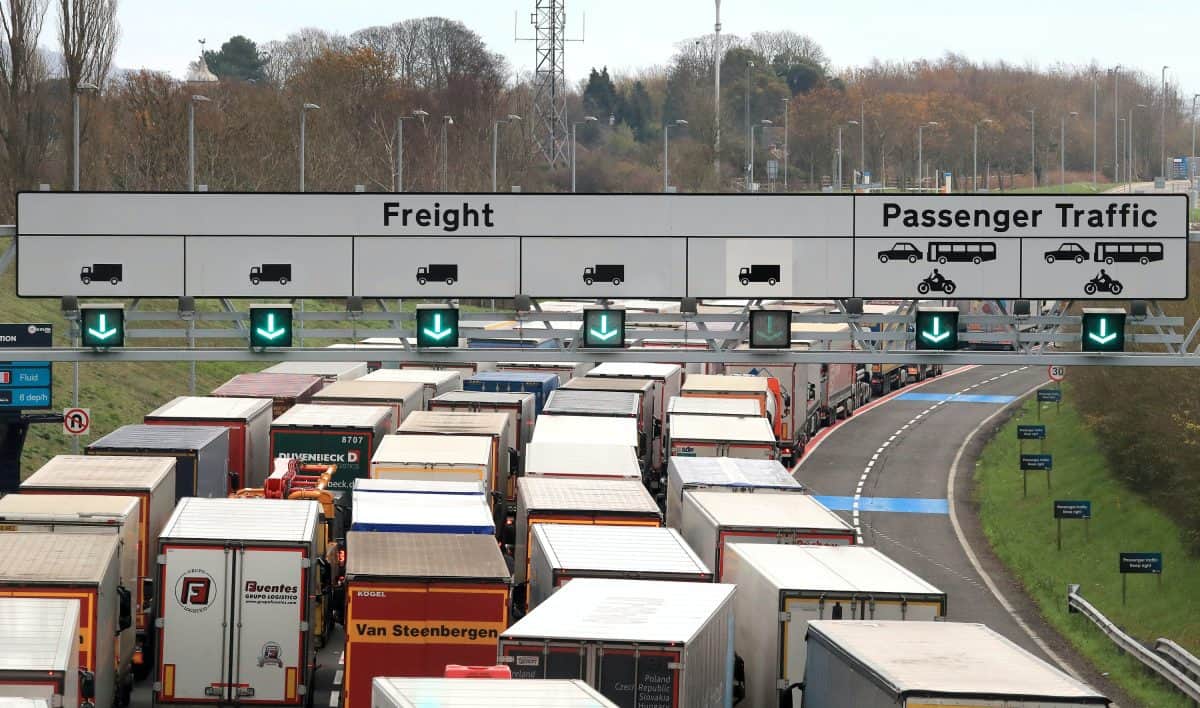 ITV’s Robert Peston has been passed the government’s “reasonable worst case scenario planning assumptions” as the chances of a no deal hangs in the balance.

But with several sticking points still to be resolved – namely on the thorny issue of future fishing rights – many are starting to wonder whether a deal will be struck.

Irish premier Micheal Martin has said he is not “overly optimistic” about a breakthrough in the Brexit talks, saying he is “50-50” on a deal being reached.

The Taoiseach described the talks as on a “knife-edge”, adding that it is very important that “common sense prevails”.

The 34-page document describes itself as a “challenging manifestation of the risk in question” but “not an extreme or absolute worst case scenario”.

It is “not a forecast” but a “reasonable” assessment of what could happen to us if in the next day or so talks collapse on a free trade agreement with the European Union and the negotiations can’t be rescued.

As the first vaccines are rolled out and the tough winter period approaches that could wreak havoc on Britain – making 2021 an even bigger challenge than its predecessor.

No surprise, then, that “protests and counter-protests” are expected to take place, absorbing significant amounts of police resources.

“There may also be a rise in public disorder and community tensions”, the document notes.

Elsewhere the document notes that EU and UK fishers could clash over the lost access to historic fishing grounds, and there could be a significant uplift in illegal fishing activities.

In a note that will likely worry many in the UK the document warns there will be “reduced [food] supply availability, especially of certain fresh products” and “supply of some critical dependencies for the food supply chain… could be reduced”.

Unsurprisingly, low income groups will be disproportionately affected by any price rises in food and fuel.

They will also be impacted by disruption of essential services (such as food, energy, water and medicine) which could result from “border delays, tariffs and new regulatory barriers/costs”.

“Between 40-70 per cent of trucks travelling to the EU might not be ready for new border controls,” it has been projected.

This could reduce flow across the short channel crossing to 60-80 per cent of normal levels with maximum queues of 7,000 trucks in Kent and delays of two days. The worst disruption would subside within three months”.

Finally, around one in 20 local authorities are at risk of financial collapse as a result of higher service demand caused by a disruptive EU exit.

Related: Rudy Giuliani in hospital after testing positive for coronavirus