Robert Jenrick, the communities secretary, will announce today whether government commissioners will be sent in to run the city. 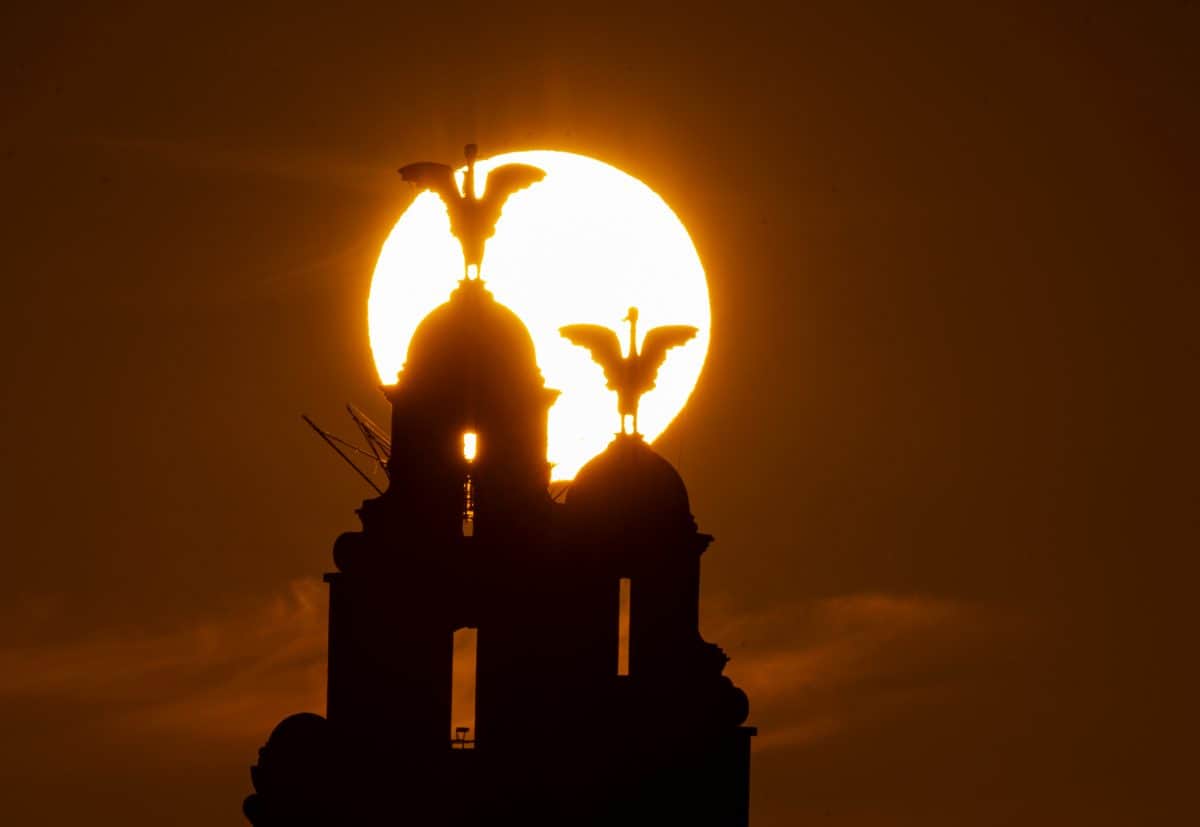 The sun rises behind the Royal Liver Building on Liverpool's waterfront, seen from across the river Mersey, ahead of the chance that Britain could bask in the hottest day of the year so far this week.

Sir Keir Starmer will back the government’s plans to take over the day-to-day running of Liverpool – a Labour stronghold – amid a property development scandal.

Robert Jenrick, the communities secretary, will reportedly announce today whether government commissioners will be sent in to run the city, after receiving a report from inspectors about whether the council has provided value for the taxpayer.

The report was commissioned after Joe Anderson, 63, Liverpool’s mayor, was arrested in December on suspicion of conspiracy to commit bribery and witness intimidation.

He and 73-year-old Derek Hatton – the deputy leader of the council in the 1980s – were among twelve people detained.

Anderson has not been charged and has consistently denied wrongdoing – but resigned his post, with a successor to be elected in May.

According to The Times, local politicians expect the government to appoint commissioners to the city – something that has happened just three times in the past 25 years, and never in a city as big as Liverpool.

Under one Whitehall plan, the commissioners would have an initial term of four years. Labour is set to support Jenrick’s decision, setting up a clash between Starmer and the party’s left, as it would effectively place one of the UK’s most staunchly Labour cities under government control.

Councillor Richard Kemp, leader of the Liberal Democrats on the council, said: “It’s ironic that the Tories may end up remotely running Liverpool 25 years after the last Tory left the Council.”

Writing on Twitter he added: “The end of a decade of an uncontrolled and dogmatic left wing council will certainly be greater control over our affairs by a Tory Government.”

The council has been under Labour control since 2010, and 72 of its 90 councillors are from the party. The last Conservative councillor in Liverpool was elected in 1994.

The investigation into the council has focussed on property management, regeneration, highways, contracts and planning over the past five years.

Labour’s selection to replace Anderson in the forthcoming local elections has also run into trouble as the three original candidates were later told by the party not to apply and the selection process re-opened. Legal action to force the party to re-open the process failed in the courts.

A Labour spokesman said: “The Labour Party hasn’t received this report yet, so we can’t comment on the detail of it. There are a number of investigations ongoing so it wouldn’t be appropriate to comment further.”