"It’s far too early in the morning to be contemplating Stanley Johnson’s loophole." 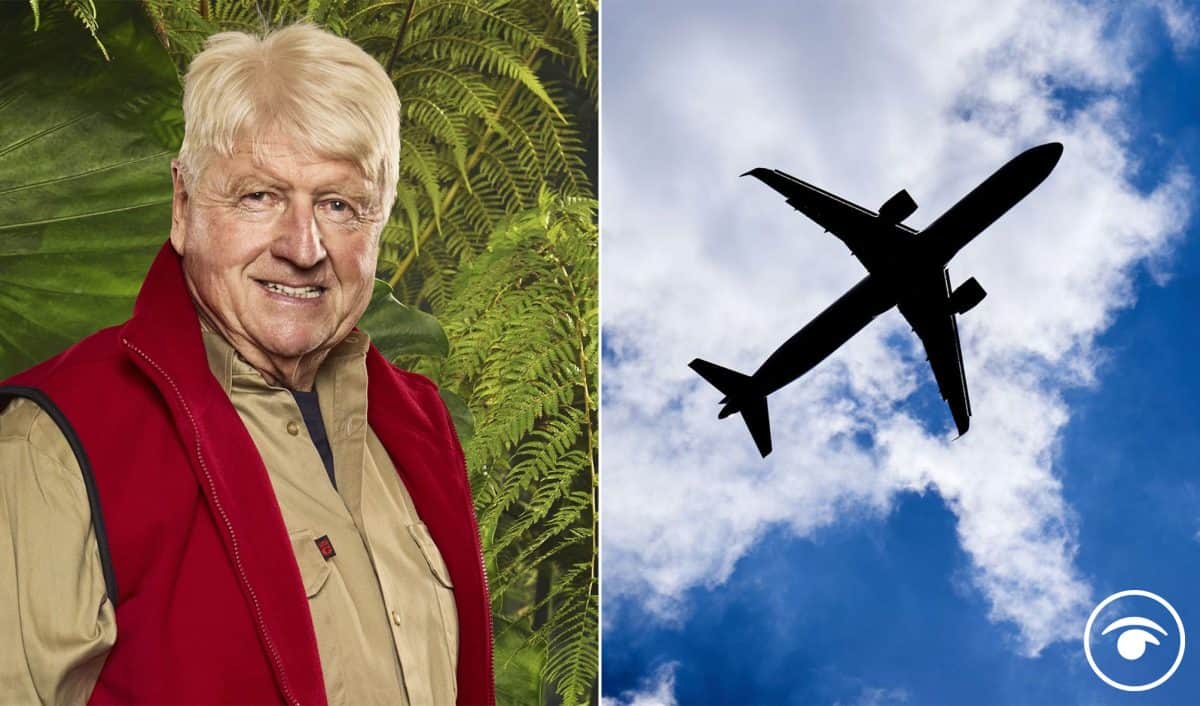 Overseas travel in connection with foreign homes will be permitted under coronavirus rules to be voted on by MPs.

Alright for some, but let’s be honest how many people have a second home abroad they need to check in on?

It comes as people should plan to holiday in the UK this summer, a senior scientific adviser has said.

He said the risk from Europe is the arrival of new variants, or importing cases of the troubling South African variant from countries where cases were rising.

Under the rules people leaving England for a foreign holiday could face a £5,000 fine but an exemption dubbed the “Stanley Johnson clause” will allow trips for the “purchase, sale, letting or rental of a residential property”.

The Prime Minister’s father was criticised last July after it emerged he had travelled to Greece to visit his mountain villa despite Government advice urging Britons against all but essential international travel.

He argued that he was on “essential business trying to Covid-proof my property in view of the upcoming letting season”.

The new regulations for the coming months, covering the Prime Minister’s “road map” out of lockdown for England, include a ban on leaving the country without a valid reason.

One of the exemptions allows travel to visit properties, estate agents, sales offices or show homes overseas if a person is seeking to buy or sell a foreign home.

Labour MP Andrew Gwynne told the Guardian: “For hardworking families facing the prospect of missing out on summer holidays, it will stick in the craw that the Government has inserted a ‘Stanley Johnson clause’ to Covid rules that allows people to come and go if they have property abroad.

“It seems it’s one rule for them and another for the rest of us.”

MPs will vote on the  Health Protection (Coronavirus, Restrictions) (Steps) (England) Regulations 2021 on Thursday, with the laws expected to come into force on March 29.

It’s not the first time Stanley has taken the rules into his own hands.

Stanley Johnson slammed as ‘irresponsible’ after ignoring son Boris’s advice to declare he’s off down the pub.#covid19UK pic.twitter.com/VJbsJrvl2z

Stanley Johnson has:
House in France = Family gets French passports thus #Brexit 'End of Freedom of Movement' that his son Boris campaigned for, doesn't apply!
House in Greece, a country that kept #COVID19 deaths at 195 with strict lockdown but that doesn't apply to them either! pic.twitter.com/ylyfbkkabT

As ever many people were dumbfounded at the exemption and made their feelings on the matter known.

So people can fly to visit their second homes abroad and do elite sport, but I still can’t drive in safety to Holland to visit my fully vaccinated 87 year old mother, who hasn’t seen her only child, let alone her grandchildren, since December 2019. ? https://t.co/aIw2IAcBIi

So…I'll be able to hop on a plane to chat with an estate agent, but not my own partner who I haven't seen in months? @BorisJohnson #LINT_UK @LovesNotTourism #LoveIsNotTourism https://t.co/EBDRtwvJsy

This 'Stanley Johnson Clause' i keep hearing about, is he like Santa Claus, but he comes down the chimney and steals all the presents?

They don’t give a fuck how it looks do they? https://t.co/XeQvcLGmwS

Well, we all know what to say now if we want to go on holiday this summer and not be fined £5000…

"I'm Stanley Johnson. And so is my wife."https://t.co/PCl8dy2nvf

National day of reflection today. A minute's silence at noon, candles and torches at 8 pm and Stanley Johnson will be flying somewhere warm, without a mask.

Stanley Johnson loophole? They really are tacking the mickey. https://t.co/TXt0HapZay

It’s far too early in the morning to be contemplating Stanley Johnson’s loophole…https://t.co/BVdk7qX42t

Foreign travel allowed for 2nd home owners to prepare it for sale. Yep, just a normal ‘every man’ policy there. How many will visit their 2nd home to “prepare it for sale” (ie tidy it up, take a photo) while having no bloody intention of selling it?!https://t.co/mrqv0XrBPW

As my dear old father Stanley Johnson once said to me, “I’m going to do what I want anyway, so you may as well make it legal unless you want to look stupid again”.
https://t.co/5tDXsqQUrL

? Boris Johnson putting ability to profit from overseas second homes above Covid safety in the same week we remember sacrifice & sadness of this year of lockdown

Out of touch doesn't begin to cover it#stanleyjohnsonloopholehttps://t.co/bajbxab9pi

The government have inserted a "Stanley Johnson" loophole into travel restrictions which will allow people with 2nd homes to leave the UK to prepare a 2nd home for sale or rent.

Once again, this is the government favouring the privileged.

Everyone else faces a fine of up to 5K.