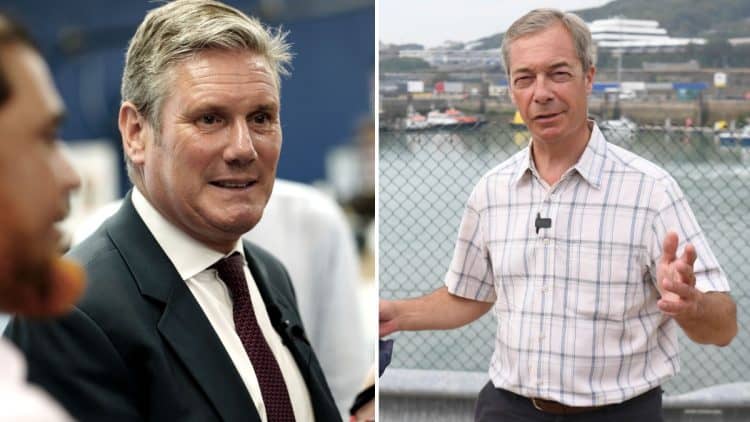 Speaking on GB News, the prominent Brexit backer says Sir Keir “may not have any policies”, but he has “dealt with the left”, in reference to his handling of Jeremy Corbyn and union-supporting MPs.

“The right people in the Labour movement hate him”, Farage said, “and that actually puts him in a much stronger position than Jeremy Corbyn”.

He went on: “You might not find reasons to vote for Keir Starmer, but there aren’t actually the really powerful reasons to vote against him that there were in the Midlands and the North when it came to Corbyn”.

The surprising support has provoked outrage among those on the Labour left such as Guardian columnist Owen Jones, who tweeted: “Keir Starmer lying his way to the Labour leadership and then waging war on the left may have antagonised lifelong socialists like myself, but at least it’s secured the enthusiastic support of… Nigel Farage.”

Others were similarly shocked, with one person suggesting Farage might take a position in Starmer’s party and others saying it shows how far to the right the party has actually shifted.