Ballot papers will go out to members as Sir Ed Davey battles Layla Moran for the party leadership. 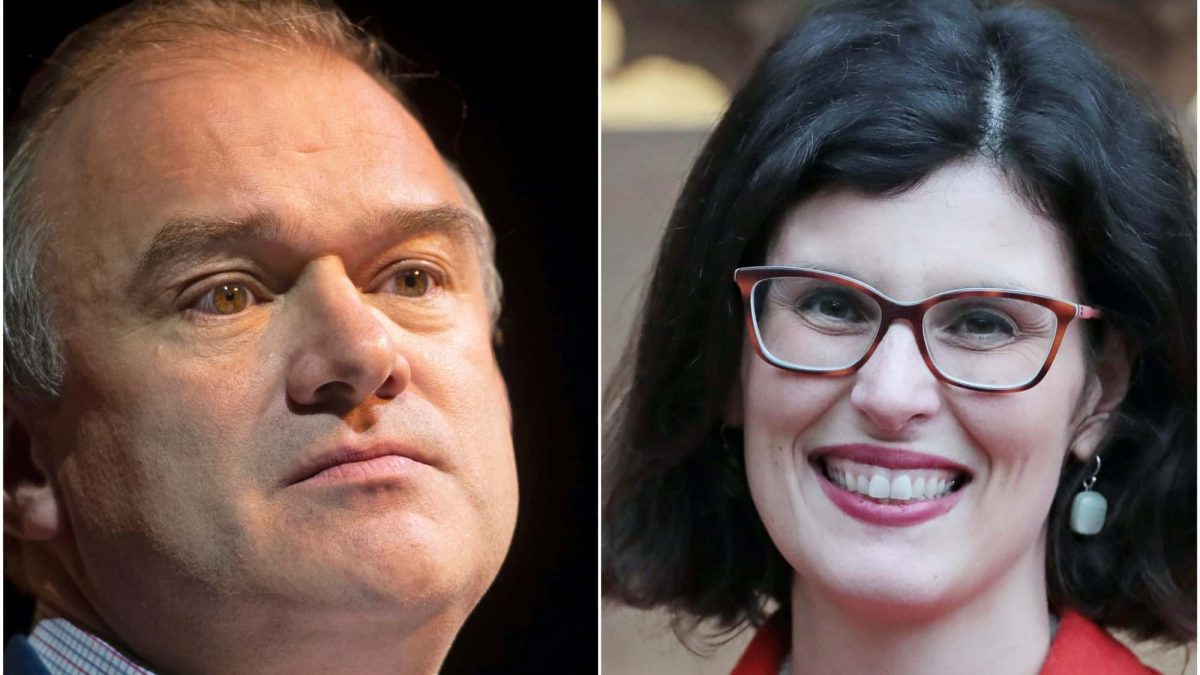 The Liberal Democrats face a “sink or swim” moment as voting starts in the party’s leadership contest, Layla Moran warned.

The Oxford West and Abingdon MP hopes to defeat former Cabinet minister Sir Ed Davey, claiming that she can offer a fresh start for the party after a succession of disastrous general election results.

She also indicated a willingness to work with Labour leader Sir Keir Starmer on efforts to oust the Conservatives – although stopped short of backing a formal “progressive alliance” between opposition parties.

Lib Dem members will start receiving ballots on Thursday and with many expected to vote online the contest could be effectively decided long before the results are announced on August 27.

Ms Moran told the PA news agency: “We’re at the point now where it’s sink or swim – three general elections in a row, 10 years of decline.

“If you look at our council base, it’s halved since 2010, I mean we absolutely have to do something.

“The biggest risk of all would be to keep going as we are and what I’ve identified as the main issues is we have to build back trust and credibility with the electorate.”

That meant not only repairing the damage done by the years in coalition government with David Cameron’s Tories but also the stance on revoking Brexit which failed to produce a breakthrough in 2019.

“Electing me sends that clear signal that we have learned from the mistakes of the last 10 years, that we take those mistakes seriously and that we are going to change.”

“Carve out a new political space”

She said the Lib Dems had to “carve out a new political space” to make themselves distinctive from both Labour and the Conservatives.

Ms Moran has ruled out a repeat of the 2010 coalition with the Tories which resulted in 2015’s electoral disaster for the Lib Dems, but she is more open to the prospect of working with Sir Keir’s Labour.

She said: “I would stop sort of a formal, top-down progressive alliance – not least because whilst I do have a lot of respect for what Keir Starmer is trying to do with the Labour Party there is a large part of the Labour Party that is as yet not fully on board that agenda.”

She suggested that she wanted support for electoral reform to be part of any deal with Labour.

She said: “The thing that I hope the Labour Party can start to appreciate is that to overturn an 80-seat majority against the Tories, the first-past-the-post system works against them as well.

“And there are moves in their party to move closer towards a more proportional system. If that is on the table then I think that that is certainly worth considering.

“But I’m not going to be signing up right now to saying ‘yes, absolutely’ to any kind of coalition with Labour until you’ve seen any of that small print.

“But before that, I think we do need to recognise that in the 30 to 50 seats where we are a clear second place to the Conservatives, surely it’s just logical that the Labour Party doesn’t fight us as vociferously, and as acrimoniously as they have in those seats.”

She suggested that a “horses for courses, bottom-up” approach in local areas may be more likely than a formal alliance between the parties.

With Brexit now a reality, although the terms of the UK’s future relationship with the EU are still uncertain, Ms Moran said she would continue to fight for closer links with Brussels – and even, in the future, the possibility of rejoining, although she conceded that may be 10 years down the line.

“I do want us to be the party that one day campaigns for rejoin but I just don’t think we’re there yet,” she said.

“I think we should be the torch bearers for why we should have a close relationship with the European Union, there’s still a lot that we can do – on the green agenda for example, making sure that we’re working with other countries on those kinds of international issues – we can still do a lot with them.”

Sir Ed said he had support “from grassroots activists to the majority of our council leaders and MPs” for his leadership bid.

The party faced “huge challenges” and there were “no quick fixes to getting us on the right travel again”, he said.

“I am determined that we rebuild our party on strong foundations so that we can win elections and put more Liberal Democrats into town halls, council chambers and Parliaments right across the country.”

Analysis by academics from the UK in a Changing Europe project based at King’s College London suggested that although the Lib Dems only won 11 seats in 2019, there were signs of recovery as the party now lies second in 91.

In most of the key battlegrounds, the Tories were the main target so “in theory, this provides the conditions for a symbiotic relationship with Keir Starmer’s Labour Party”.

But in practice, the report continued, “things might not be quite so easy – not when many Lib Dem activists are also councillors (or would-be councillors) on local authorities where there is no love lost between them and their Labour counterparts”.