The Health Secretary said a new spike is ‘clearly’ emerging in Europe and ‘we’ve got to do everything’ to prevent it reaching the UK. 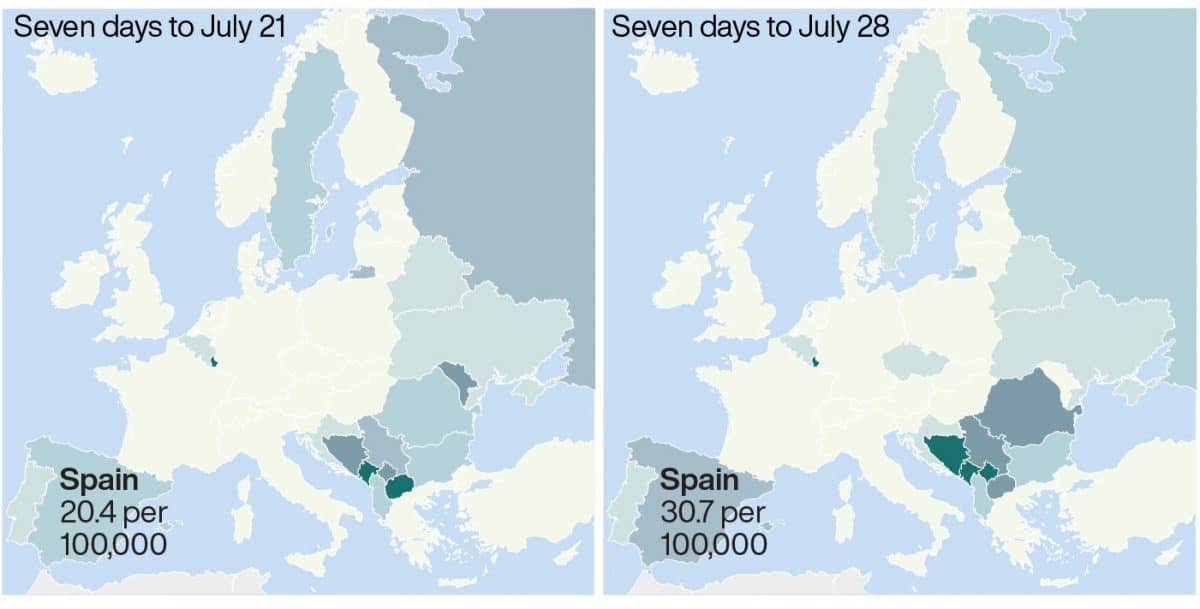 The length of time people with coronavirus symptoms must self-isolate is set to increase to 10 days in England as Health Secretary Matt Hancock warned of a “second wave starting to roll across Europe”.

Deputy chief medical officer Professor Jonathan Van-Tam is expected to announce on Thursday that the period will increase from the current rule of seven days.

Mr Hancock warned that a new spike in Covid-19 cases is “clearly” beginning to emerge in Europe as he said “we’ve got to do everything” to prevent it reaching the UK.

“I am worried about a second wave”

He hinted that Prof Van-Tam will announce the change for the self-isolation period for those with the key symptoms of a new continuous cough, high temperature or loss of taste or smell.

“I am worried about a second wave. I think you can see a second wave starting to roll across Europe and we’ve got to do everything we can to prevent it from reaching these shores and to tackle it,” Mr Hancock told Sky News.

“The measures that the chief medical officer will set out later are part of that, but so too are the measures we’re taking, for instance, to ensure that we don’t directly bring cases back to this country where there’s a big spike in cases.

Most regions in England

Scientists at Cambridge University have said it is “very likely” that most regions in England are close to the point at which the virus begins to spread exponentially.

It is not yet clear whether the self-isolation period for people with symptoms, which was introduced in March, will also be increased in Scotland, Wales and Northern Ireland.

Mr Hancock also warned travellers that new countries could be added to the quarantine list in the coming days after passengers arriving in the UK from Spain were ordered to isolate for two weeks as cases there increased.

He told BBC Radio 4’s Today programme that ministers are looking at ways to reduce the 14-day period, possibly by the use of multiple tests, amid pressure from the tourism industry.

But he said ministers are constantly considering whether to add countries to the quarantine list, and when pressed if new nations could be added in the next few days, he replied: “Yes.”