The former US president refused to denounce white supremacists in Virginia in 2017. 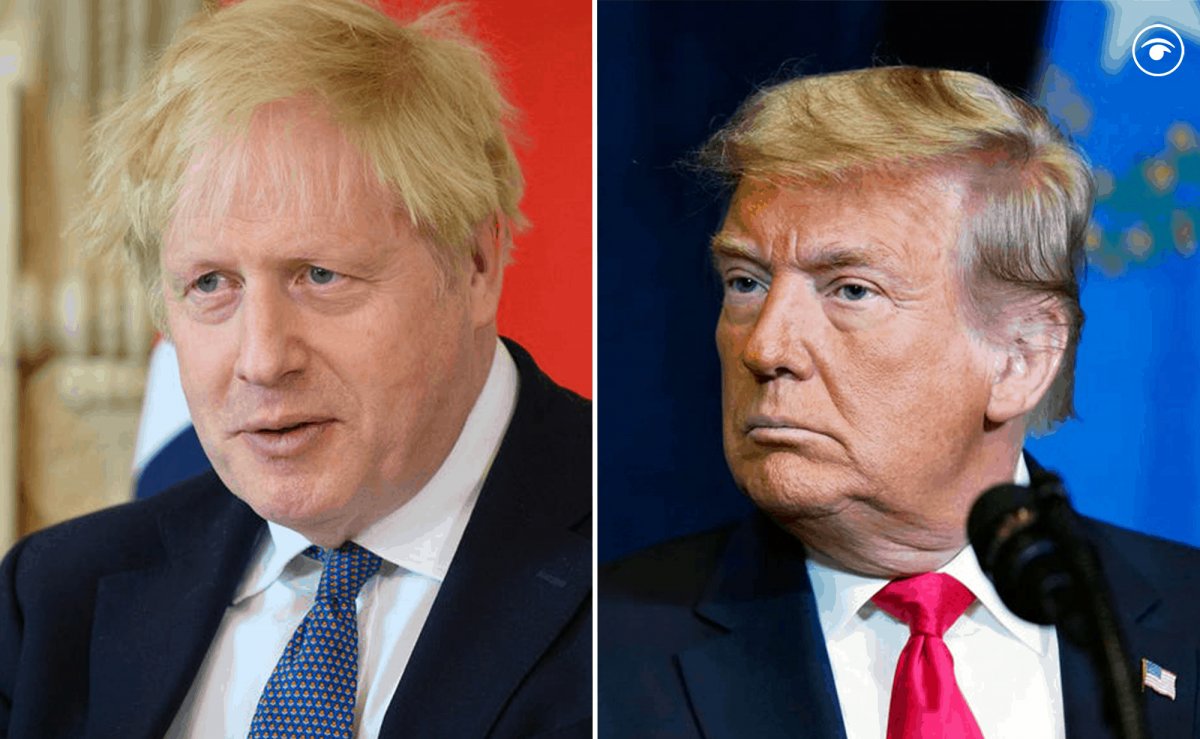 Boris Johnson has been likened to former US president Donald Trump after he refused to condemn fans who booed England taking the knee.

The PM said he wants the “whole country” to get behind the England team but stopped short at denouncing those who booed the act of solidarity.

Asked about the booing before England’s match against Romania at the Riverside on Sunday, the PM’s official spokesman seemed to offer support to both sides of an increasingly heated argument.

The prime minister “fully respects the right of those who choose to peacefully protest and make their feelings known”, the spokesman said, adding: “On taking the knee, specifically, the prime minister is more focused on action rather than gestures.

“We have taken action with things like the Commission on Racial and Ethnic Disparities and that’s what he’s focused on delivering.”

On the subject of the team the spokesman struck a different note, however. “The PM is supporting the England football team and wants them to succeed and wants the whole country to get behind them in that endeavour,” he said.

Tory MP Brendan Clarke-Smith there comparing kneeling in support of the belief that Black Lives Matter and doing a Hitler salute in support of Hitler pic.twitter.com/CFI2Ka439Z

In a Facebook post, Clarke-Smith, who represents Bassetlaw, reflected on the time when England travelled to Germany to play the national team – in 1938.

He said: “Despite protest, that initial game went ahead and both the Home Secretary and the FA made a point of keeping football independent of politics.

“Following the 1936 Berlin Olympics being used as a propaganda exercise and under a great deal of pressure from both the FA and Britain’s ambassador at the time, the players were encouraged to join the hosts in making the Nazi salute prior to the match.

“England players, including the great Sir Stanley Matthews, were not impressed and did not want to do it. However, they had been reassured that it was merely a formal gesture of courtesy and that it did not mean an endorsement of the regime.”

The MP then said the Nazi gesture was a “great source of shame for many of those involved”. He also said the move to stop racism “now comes across as little more than habitual tokenism” and has “lost its effect”.

Johnson’s latest comments have been compared to that of Donald Trump, who refused to denounce white supremacists in Virginia.

David Schneider said he was far from surprised that a man who wrote about “piccaninnies with watermelon smiles” refused to condemn booing of an anti-racist gesture, while other said they are “ashamed” of the country they now live in.

Surprise as man who wrote about “piccaninnies with watermelon smiles”, dismissed Obama as “part-Kenyan”, and orchestrated a race report so flawed his most senior Black adviser resigned, refuses to condemn booing of anti-racist gesture.https://t.co/I2magrG6Og