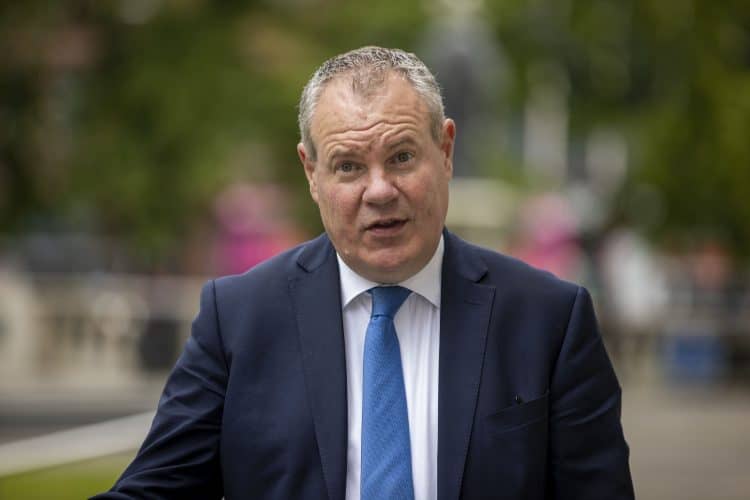 An ex-minister sacked by Liz Truss over a “serious misconduct” claim is said to be on track for a knighthood from her predecessor Boris Johnson.

It comes as the BBC reports that an eyewitness saw MP Conor Burns touching a young man’s thigh at a hotel bar during the Conservative Party conference in Birmingham.

The former minister has stressed that he looks forward to clearing his name, and says he will “fully co-operate” with a Tory probe into claims of inappropriate behaviour.

Mr Burns is also said to have learned on Friday that he is in line for a knighthood in Mr Johnson’s resignation honours list.

However, The Times cited a friend as saying the MP already feared his career was “over” as a result of the allegations.

The details of the alleged incident in the hotel bar are attributed by the BBC to an eyewitness – who reportedly said there were several onlookers – rather than the individual the ex-minister is claimed to have touched.

A source with knowledge of the disciplinary process is also said to have corroborated the account.

The BBC said it understood the matter was raised with the Tory whips by a third party, leading to the MP’s dismissal from his post in the Department for International Trade.

On Friday, No 10 said Mr Burns had been sacked from the Government following a complaint of “serious misconduct”.

The Whips’ Office said the Tory whip had been suspended pending an investigation into “allegations of inappropriate behaviour earlier this week”.

On Saturday, Mr Burns denied he has ever met Mel B after the singer suggested he should not be surprised he is facing a misconduct claim, and pointed to remarks she alleges he made to her in a lift.

The Spice Girl, whose full name is Melanie Brown, tweeted the MP in response to a statement he issued on Friday, in which he said he looked forward to clearing his name after the sacking.

Mr Burns said he was not given “any information about the complaint” nor was he asked to “provide any information” when he received a call from chief whip Wendy Morton to tell him the matter would be passed to Conservative Campaign Headquarters to investigate.

But Mel B, who attended the Tory conference to speak about domestic abuse at a fringe event hosted by The Sun and Women’s Aid, questioned whether he should be shocked by the claim.

Quote-tweeting part of his statement, she wrote: “Really?? Your shocked about this complaint??? Let me remind you what you said me in lift…..”

Mr Burns, however, told the PA news agency he does not think he has ever met the singer.

“I believe I have never met Mel,” he said.

Related: Blackford: PM and Chancellor have made worst first impression in history