Conor Burns says he has never met the former Spice Girls singer - and has said he will ‘fully co-operate’ with a probe into his conduct. 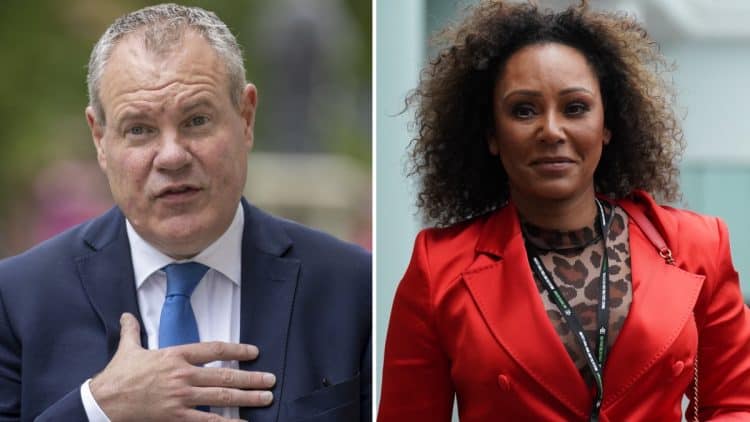 Conor Burns has been forced to deny he has ever met Mel B after the singer suggested he should not be surprised he is facing a misconduct claim, and pointed to remarks she alleges he made to her in a lift.

The Spice Girl, whose full name is Melanie Brown, tweeted the MP in response to a statement he issued on Friday, in which he said he looked forward to clearing his name after being sacked from the Government and having the Conservative whip suspended.

Mr Burns said he would “fully co-operate” with a probe by the party, understood to be looking into allegations of inappropriate behaviour at the annual Tory conference.

He said he was not given “any information about the complaint” nor was he asked to “provide any information” when he received a call from chief whip Wendy Morton to tell him the matter would be passed to Conservative Campaign Headquarters to investigate.

But Mel B, who attended the Tory conference to speak about domestic abuse at a fringe event hosted by The Sun and Women’s Aid, questioned whether he should be shocked by the claim.

Quote-tweeting part of his statement, she wrote: “Really?? Your shocked about this complaint??? Let me remind you what you said me in lift…..”

Mr Burns, however, told the PA news agency he does not think he has ever met the singer.

“I believe I have never met Mel,” he said.

The Prime Minister sacked Mr Burns from his post in the Department for International Trade on Friday following the complaint, as No 10 insisted “high standards of behaviour” must be maintained.

The MP – who now faces a Tory investigation – accused the party of rushing to judgment.

He was previously a minister in the Northern Ireland Office, and had been a staunch ally of former prime minister Boris Johnson.