Blackford: PM and Chancellor have made worst first impression in history

Worse still, the polls suggest he is right. 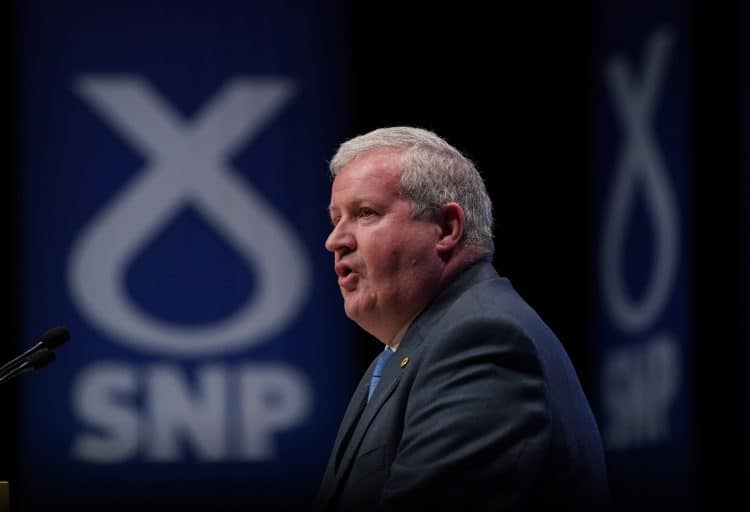 Liz Truss and her Chancellor have made “the worst first impression in the history of UK politics”, the SNP’s Westminster leader has said.

Speaking on the first day of the party’s conference in Aberdeen, Ian Blackford took aim at the UK Government and the Labour Party as he sought to rally the party faithful.

In his address to members, the MP challenged Tory rebels to stand with his party “in stopping any real terms cuts to benefits and any return to austerity”.

Mr Blackford sought to take advantage of the economic turmoil of recent weeks, following the mini-budget announcement of tax cuts, the scrapping of the cap on bankers’ bonuses and a cut to stamp duty.

Following the announcements, the pound fell to its lowest point against the dollar and the Bank of England was forced to step in.

“Only a matter of weeks into their new roles, the disastrous duo of Liz Truss and Kwasi Kwarteng have crashed the economy, sent the pound plummeting, put pension funds at risk and caused mayhem for mortgage holders,” Mr Blackford said.

“The truth is, the new Prime Minister and her new Chancellor have made the worst first impression in the history of UK politics.

“Because the inequality and incompetence of that budget will go down as one of the worst financial interventions in modern history.”

Polling released today suggests Blackford may have a point.

Opinium research for the Observer finds Liz Truss’s personal approval rating now stands at minus 47 – the worst ever recorded for a PM by the company.