Larry the Cat has more Twitter followers than Liz Truss 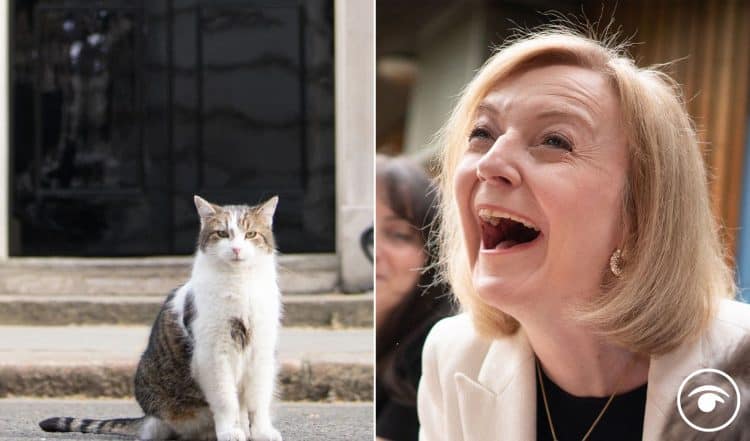 Larry the Cat has more followers on Twitter than the Prime Minister of the United Kingdom, Liz Truss.

Things keep going from bad to worse for Truss, who now has less influence on social media than Larry.

The brown-and-white tabby is around 15 years old and serves as Chief Mouser to the Cabinet Office. Since his appointment in 2011, Larry has seen four different prime ministers (David Cameron, Theresa May, Boris Johnson and Truss) come through the doors of Number 10.

And now, he can call himself the biggest social media influencer at Downing Street.

The unofficial Twitter account for the feline, @Number10cat, has an impressive 688,500 followers, which is around 12,500 more than his boss.

The online clout seems to be going to Larry’s feline head as well, with the cat throwing shade at Truss over her recent performances in the polls.

“I’d get more votes too,” he tweeted, which has since gained 16,400 likes and even ‘ratioed’ Dr Cassidy’s initial tweet.