The housing secretary said a Cornish pasty would qualify under new guidance, as long as it is served with chips or a side salad. 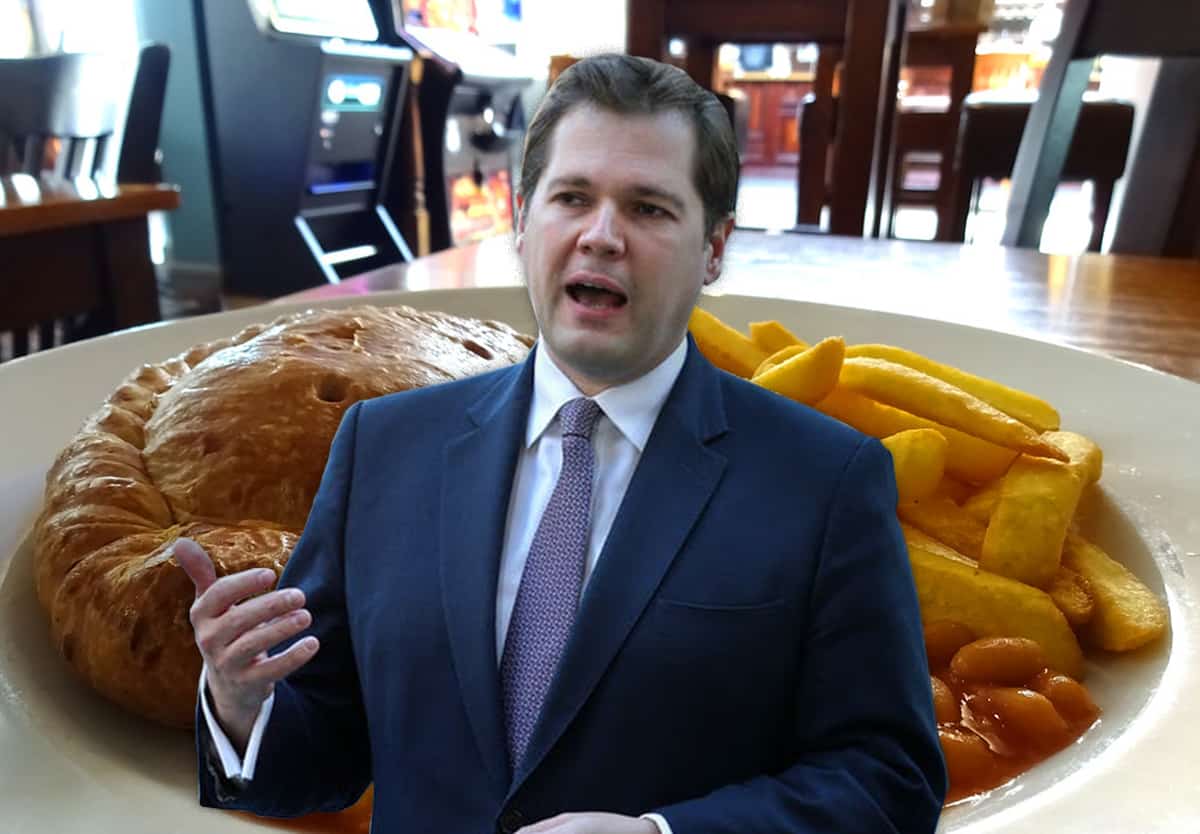 Robert Jenrick’s attempt to define a ‘substantial meal’ has stirred a social media storm as Brits try to get to grips with the government’s new guidance.

Fresh coronavirus restrictions imposed as part of the tier system mean pubs and bars across Merseyside will close unless they serve food and alcohol as part of a sit-down meal as the Liverpool city region moves into a “very high” Covid alert level.

LBC’s Nick Ferrari tried to seek further clarification on the remarks during an interview with the housing secretary.

“What is a substantial meal?” he asked Mr Jenrick, who replied it was the sort of meal that “you would expect to have as a midday meal or an evening meal.”

Chuckling, Nick asked: “Does a Cornish pasty count as a substantial meal?”

“I think it could do,” the Government Minister replied, adding “you could go to a restaurant and have a Cornish pasty for lunch.”

Pressing for more answers Nick said: “So a cornish pasty or a sausage roll and a pub in Liverpool could stay open?”

Mr Jenrick said the test was whether it was “the sort of meal you would expect to have for lunch.”

“If you would expect to go into that restaurant or pub normally and order a plated meal, at the table of a Cornish pasty with chips or side salad or whatever it comes with then that’s a normal meal,” the Housing Secretary said, to much furore:

What barbarian has chips with a cornish pasty? https://t.co/DnxC5KQhc5

This is the greatest wire alert I have seen for some time: