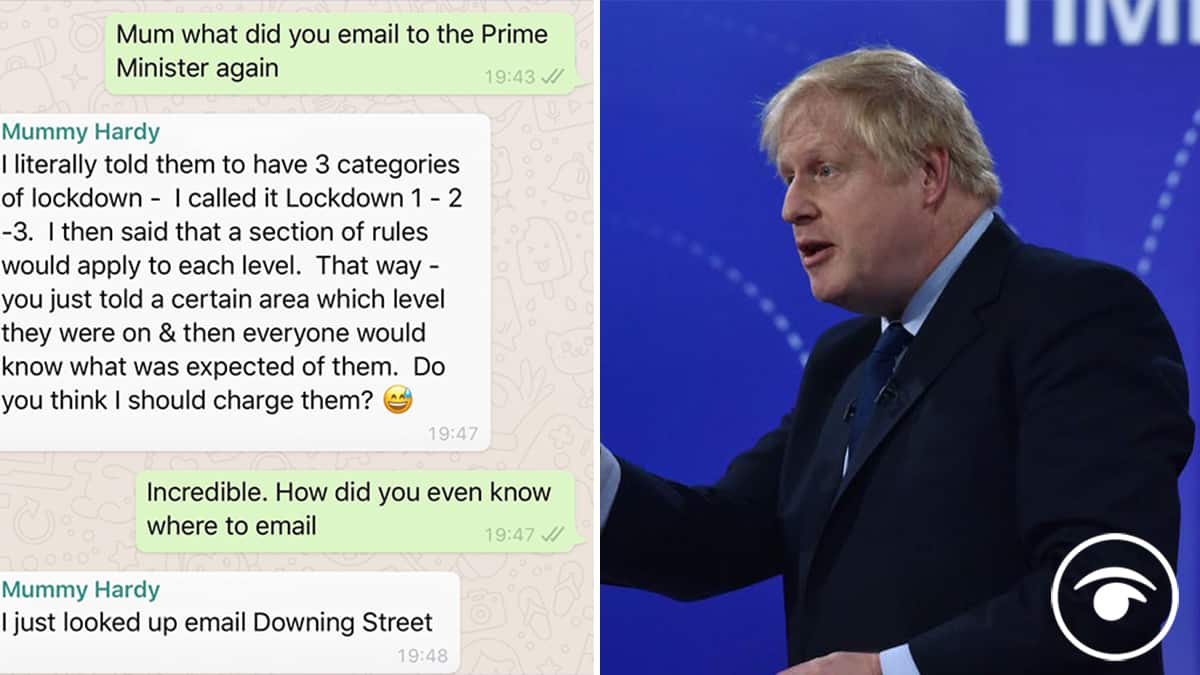 Suspicions have been raised that Downing Street could be taking policy advice from someone’s mum after a new three-tier strategy of local lockdown measures was brought in.

Boris Johnson moved to “simplify and standardise” local lockdown rules yesterday by introducing a new tiered system that will split the country into medium, high and very high alert levels.

Those in medium areas will be subject to the same national measures which currently apply across the country, including the 10pm curfew for pubs and restaurants and a ban on most gatherings of more than six people.

But those living the very high alert level will be banned from mixing socially, while pubs and bars will be told to close unless they can operate as a restaurant.

The move to simplify local lockdown rules has been widely welcomed, but suspicions have been raised that the government got inspiration for the shift from someone’s mum after Joanna Hardy posted a curious text exchange.

According to Hardy, a criminal barrister, her mum “literally told them to have three categories of lockdown” so people would “know what was expected of them”.

So. Lads. I don’t want to worry you. But … but I think Downing Street might be taking policy advice from my mum. pic.twitter.com/yi7ch8lHe6

She was prompted into action when she saw government ministers didn’t even know the rules themselves.

Someone suggested she will end up on GMB and she’s not having it: pic.twitter.com/BLr7DvHkt5