Is Zaha worth it? His record wouldn’t suggest so. 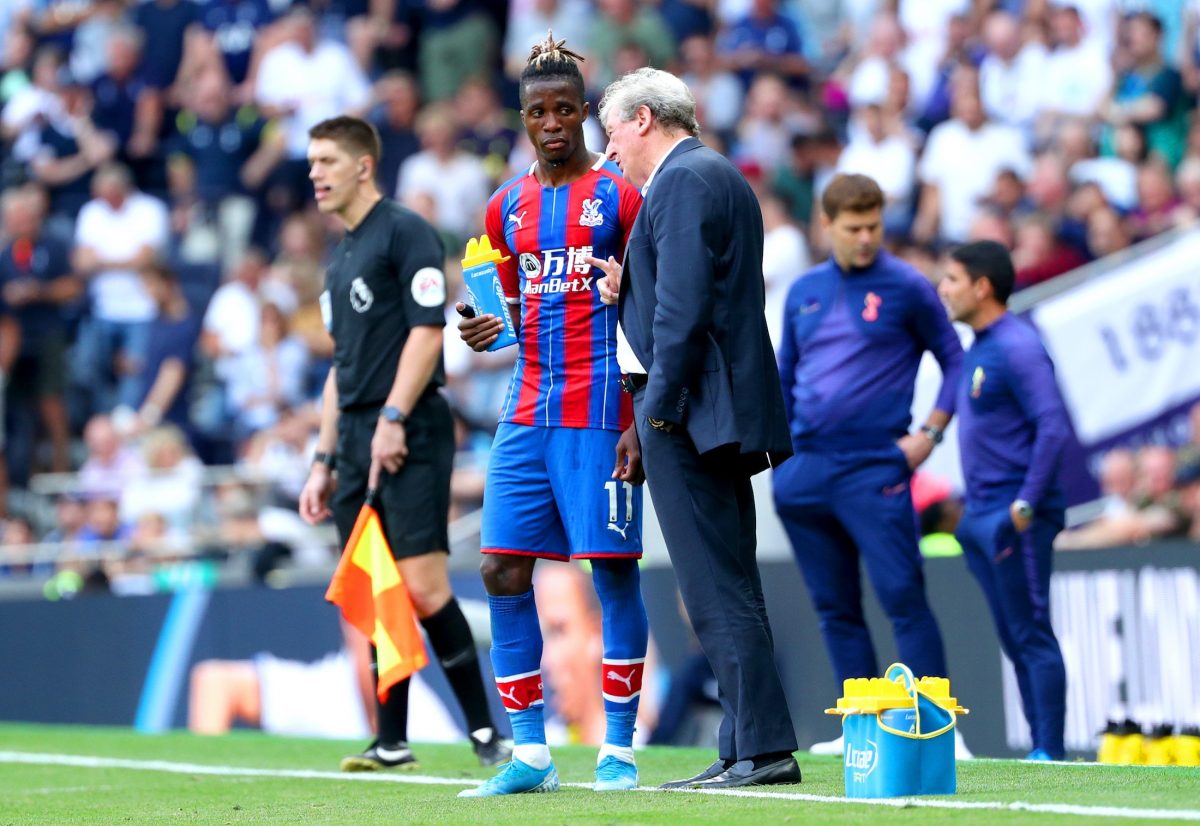 It’s been an open secret for a while that Wilfried Zaha wants to leave Crystal Palace.  Since as early as 2018, the Ivory Coast international has been agitating for a move away from Selhurst Park in an attempt to find a club to match his personal ambitions to play at a higher level (no offence Palace fans) and ideally, European football.  As the clock ticked past 11pm on Monday 5th October and the transfer window slammed shut, there wasn’t exactly a queue of suitors snaking down Holmesdale Road demanding Zaha’s signature.  So why can’t the Eagles’ star player get the move he so craves?

There are many factors at play.  Firstly, the transfer fee quoted for Zaha is eye-wateringly high – and it was as much as £80m in the summer of 2019, the same as one Harry Maguire, or four Danny Ings’.  This has reportedly now been reduced to £45m in these Covid-19 times, but even this wasn’t enough to tempt suitors to open their chequebooks.  (Surely they use bank transfer these days – although you never know with football – the unfathomable use of a fax machine in transfers is presumably keeping 90s favourites like Brother and Lexmark in business).

Secondly, the Eagles don’t need to sell.  Why would they let their prized asset go on the cheap?  They want to get the best possible fee for Zaha and if a club is unwilling to match the asking price, then they’re under no obligation to sell, especially as his contract still has 3 years to run.  However, I do think Palace’s valuation was and possibly still is a little unrealistic.  £45m for a player who is unproven in European competition and who only had 7 goal involvements in the entire 2019/20 Premier League season doesn’t exactly scream a bargain.

Which brings me to my next point.  Is Zaha worth it?  His record wouldn’t suggest so.  39 Premier League goals from 219 appearances isn’t a great return for an attacker.  “But he often plays left wing,” I hear you cry.  Well, 24 assists tells its own story.  I know he plays in a Crystal Palace side that isn’t exactly free-scoring and has often started with the even less free-scoring Christian Benteke as the central striker, but he definitely needs to improve his end product.  Skills and trickery mean nothing if they don’t lead to goalscoring opportunities.

Making his job even more difficult, teams often double-up on Zaha when facing Palace which can hinder his influence on the game.  It’s also difficult to know his best role in the Eagles’ set-up.  Does he play wide left, see more of the ball in less threatening positions and try to influence the play by setting up chances?  Or does he, as he has this season, play a more central attacking role, whereby he sees less of the ball but in more dangerous areas?  Three goals in three appearances in September would suggest that tactic is working well.

Where would Zaha even go though?  For the price Palace are demanding, there are very few clubs in Europe that could afford him and his weekly wage, reportedly in the region of £130K.  Domestically, Chelsea, Manchester City and Liverpool have no need of his services.  Arsenal instead spunked £72m in 2019 on a different attacker, Nicolas Pépé, although the wisdom of that purchase remains to be seen.  Spurs could have been a potential destination, but they now have a plethora of attacking players at their disposal, and with a new stadium to pay off and chairman Daniel Levy an infamously tough negotiator, no offer was forthcoming.

Everton would have seemed the most likely destination, especially with all the investment from new owner Farhad Moshiri, but Palace reportedly turned down a £50m offer in 2019, and since then Carlo Ancelotti has transformed the Blues’ fortunes without the need of Zaha’s input.  Everton may also have bad memories of the previous wide attacker they purchased from Palace, Yannick Bolasie, who arrived for £25m in 2016, only to immediately suffer a serious knee injury which has blighted his career since.

Which leaves us with his former club Manchester United.  All summer, when the Red Devils were courting Jadon Sancho, I was thinking Zaha would have been a good alternative, but he was seemingly deemed such a failure in his time at Old Trafford that no enquires were even made.  It’s a shame because at one of the bigger clubs I think he could be a real success, not least because he wouldn’t have the special attention from opposition defenders he gets at Palace, thereby giving him more space to influence the football match.

On the continent, it is only really the European super clubs who could afford Zaha, yet with the world’s best talent at their disposal, the case for the Ivorian is difficult to make, especially given his less-than-impressive statistics.  There were rumours Bayern Munich were interested, but instead they snapped up Leroy Sane.  PSG, Barcelona, Real Madrid and Juventus probably wouldn’t want Zaha, so in my opinion his best options are the Milan clubs.  Inter don’t always play with wide attackers, but with the likes of Alexis Sanchez, Ivan Perisic and Ashley Young the wrong side of 30, Zaha could be the perfect fit for Antonio Conte’s side, not to mention for their potent attacking duo of Lautaro Martinez and Romelu Lukaku.  Similarly, AC Milan could have a vacancy at left wing to provide chances to St Zlatan.  Crucially, both clubs have the budget to afford the Ivorian, but do they want him?

Zaha is in an unfortunate situation.  He plays for his local team, where he is universally adored, but they will never reach the heights to which he aspires.  He is in a sort of catch-22 position.  If he hands in a transfer request, the Palace faithful will turn on him, yet if he waits to run down his contract, which runs until 2023 and by which time he will be 30, his best years may be already behind him.  I feel for Zaha as he clearly doesn’t want to go just for the money – this is to take his football to the next level – yet he also wants to do right by Crystal Palace, which is very honourable.

However, time is running out though for Eagles’ star player.  His 28th birthday is fast approaching and with no club seemingly willing to stump up the cash for him, and with the Coronavirus crisis throwing football’s finances into even more uncertainty, there is a real chance that his dream move may never materialise.