Here's a full list of MPs who voted to strip the amendment from the bill. 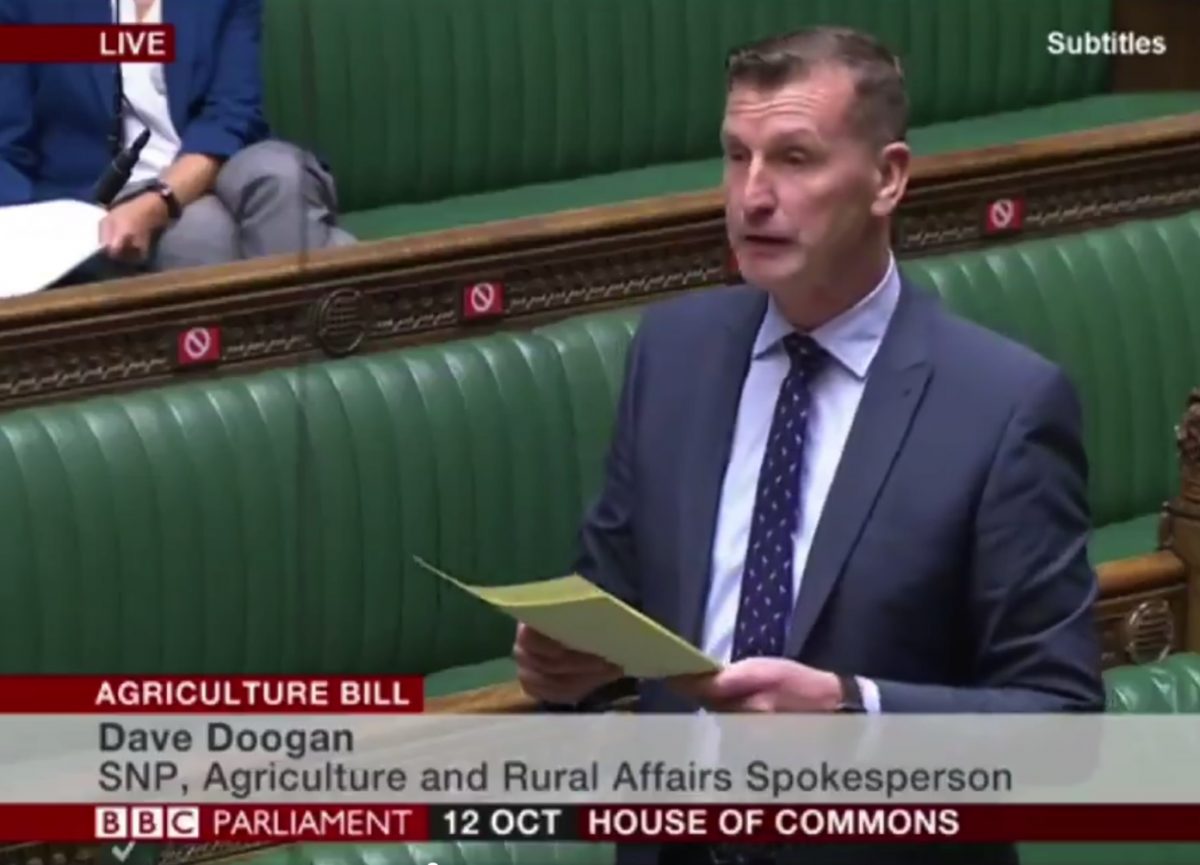 An MP from the Scottish National Party came out on top last night after the Conservatives voted against an amendment which would have safeguarded British food standards.

Dave Doogan made the point that many of those who voted against striking food items such as chlorinated chicken and hormone treated beef from future trade deals may well have thought differently had it meant “chlorine-washed chanterelle mushrooms or hormone injected foie gras”.

Dave Doogan – The Tories would soon speak up if it meant chlorine-washed chanterelle mushrooms or hormone injected foie gras… pic.twitter.com/TUjSwT5u4B

The government voted with majority of 53 to strip amendment 16 from the Agriculture Bill.

As Caroline Lucas pointed out, that is despite promises in their manifesto not to do so:

Government just voted with majority of 53 to strip amendment 16 from #AgricultureBill, which would have safeguarded food standards in trade deals – demonstrating beyond doubt that their promises are totally utterly & completely worthless – even when enshrined in their manifesto? pic.twitter.com/GiSTz9OUoz

The Government argued that existing protections are already in place and they have no intention of watering them down.

Speaking as Lords’ amendments to the Bill were considered, senior Tory Neil Parish said the legislation was heading in the right direction but the UK should be a “great beacon” on animal welfare and the environment when negotiating future trade deals.

The chairman of the Environment, Food and Rural Affairs Select Committee said: “We have in our manifesto the commitment to both animal welfare and the environment.

“Would it not be right for the Secretary of State for International Trade to have the armour of having the backing of Parliament to say ‘I can’t negotiate away that particular part of the deal with you because it is written down in law’?”

Mr Parish added: “We, the British, believe in animal welfare, we believe in the environment… so does this Government, but for goodness sake getting the backing of Parliament.”

Ahead of the debate, a tractor demonstration took place in central London as farmers demanded food standards are upheld in post-Brexit trade deals.

RSPCA chief executive Chris Sherwood, reacting to the vote on food standards, said: “Tonight, the Government once again failed to make good their manifesto promise that they will not sell out the UK’s animal welfare for a quick trade deal.”

SNP environment spokeswoman Deidre Brock added in a statement: “By refusing to enshrine into legislation the high standards that currently protect us, Boris Johnson’s Government has fired the starting gun for a post-Brexit race to the bottom, which threatens our superb food and agriculture sectors and risks flooding our stores with low-quality produce.”

Tim Farron, the Liberal Democrat environment spokesman, also said: “The Conservatives have continually promised to back British farmers throughout the Brexit process, but their failure tonight to uphold our high food standards reveals just how hollow those promises were.”

Full list of MPs who voted the amendment down

Here’s a full list of MPs who voted to strip the amendment from the bill: