It comes as Alex Salmond says Scotland should be able to leave the UK and become independent without taking on a share of the UK’s debt. 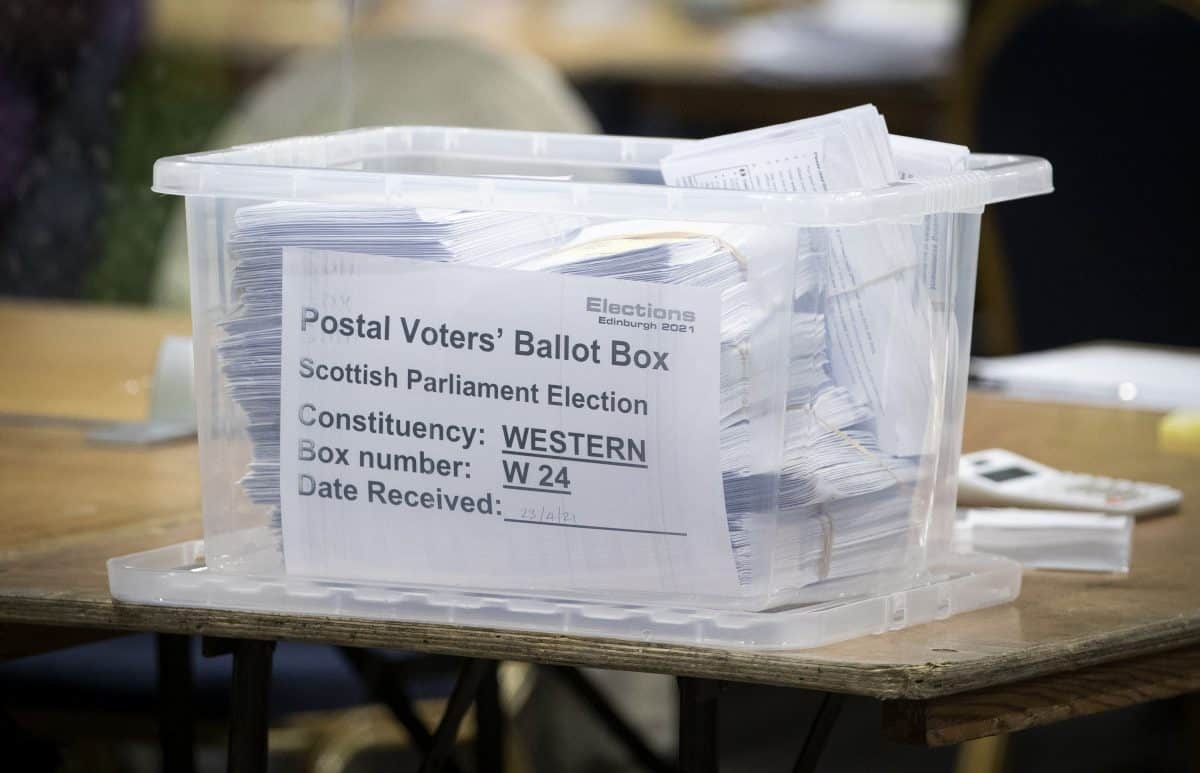 Iran has been accused of pushing disinformation online in an attempt to interfere in the Scottish Parliament election.

A report by the right-leaning foreign affairs think-tank the Henry Jackson Society found that “Iran’s activities in cyber space are designed to attack the constitutional integrity of the United Kingdom”.

The report states: “There appear to be elements within Iran who are willing to interfere in the United Kingdom’s domestic politics to encourage Scottish separatism.”

It states: “From October 2013 to March 2014 Iranian actors produced a Facebook page entitled The Scotsman Cartoon, a name redolent of, but unconnected to the popular daily newspaper The Scotsman.

“The page offered a series of cartoons in a wide range of visual styles but on a common theme: Scotland’s need for independence. Many of the cartoons attacked then-prime minister David Cameron, portraying him as the embodiment of English oppression.”

It said the page stopped posting before Scotland’s independence referendum in September 2014 “for reasons that are unclear”.

Regarding more recent attempts to influence Scottish politics, the society’s report – which is yet to be published but extracts have been shared with the PA news agency – highlights an account closed by Facebook of a “fake Iranian online persona mocking the Scottish Conservatives”.

This was one of 446 accounts the social media giant closed for violating its policies against foreign interference, according to its February 2021 Coordinated Inauthentic Behaviour Report.

The following month Facebook again took action against Iranian-controlled accounts and it said most of the activity was targeted towards Iraq, but was also aimed at Israel, Afghanistan and the UK.

The society’s report quotes coverage in The Times, which said: “The people behind this activity posted memes, political cartoons and other content in Arabic, English, Pashto and Hebrew about news and domestic politics in each targeted country, including Scottish independence from the UK, criticism of Israeli prime minister Netanyahu and US influence in Iraq and Afghanistan. They also briefly mentioned news about Covid-19.”

The society’s report states: “Whilst there is no suggestion that Scottish nationalist politicians have encouraged or endorsed Iran’s interference, it sets a troubling precedent with the issue of a potential second referendum on Scottish independence a deeply contentious one.

“Iran has shown itself to be a country which engages in Russian-style disinformation campaigns, repeatedly establishing fake websites and internet accounts in an effort to disrupt the political systems of liberal democracies.

“Judged within this context, Iran is almost certainly looking to disrupt our current elections, most likely those under way for the Scottish Assembly (sic).”

Questioned about the report on the BBC’s Good Morning Scotland radio programme, Foreign Office minister James Cleverly said the Government was “unwilling to comment on national security issues of this type”.

However he said the Government did have serious concerns about Iran’s “destabilising behaviour” in the Middle East and more broadly.

He added: “How the international community responds to these kinds of accusations or concerns about cyber actions will be one of the things on the agenda of the G7 meeting that the Foreign Secretary will be hosting with foreign ministers from our economic and international partners.”

An SNP spokeswoman said: “The SNP will always work to counter the spread of disinformation.

“That is why we led the calls for the Russia report to be published, so work could start sooner rather than later to tackle the threat of foreign interference in UK and Scottish politics.

“However, we have been disappointed by the slow nature of the UK Government’s response.”

Scottish Conservative candidate for Perthshire North, Murdo Fraser, said: “This is not the first time we have seen such meddling by hostile foreign regimes, but it is deeply concerning that Iran’s operation to manipulate Scottish democracy is becoming increasingly sophisticated.”

Scotland should be able to leave the UK and become independent without taking on a share of the UK’s debt, Alex Salmond’s new Alba Party has insisted.

The party announced the new policy after figures published in October last year showed the UK Government gross debt reaching more than £1,876 billion – in part because of massive spending to deal with the coronavirus pandemic.

Mr Salmond, who was previously SNP leader, has urged his former party to adopt this stance on what Alba called a “clean break settlement”.

The policy stands in contrast to SNP proposals published in advance of the 2014 referendum in the white paper on independence, which said that separate Scotland would take on a “negotiated and agreed” share of the UK debt.

However, Alba noted that “as a percentage of GDP the debt has doubled since the financial crisis of 2008 when the government and Bank of England embarked on wholesale quantitative easing”.

Alba Party policy – which was drawn up by economist and Alba Party Central Scotland candidate Jim Walker – stated: “That debt is largely owed by one branch of government (the Treasury) to another (the central bank) and therefore forms no legitimate liability for the Scottish or any other people.”

The party made clear it “rejects entirely any obligation to share debt accrued through central bank money printing and sees no role for Scotland on paying interest on that debt”.

Mr Salmond said: “Austerity and coronavirus has changed the economic world and changed it utterly. Thus the independence platform must adjust to the new realities.

“They bring with them many new challenges but also great economic opportunities.”

By not taking on any share of UK debt, Alba argued an independent Scotland would be able to focus resources on a economic recovery programme, with the country “free from the shackles of UK debt, or even worse still paying billions of pounds to the UK Government in some bizarre annual subvention”.