The poll-of-polls, published on Monday, puts the Greens in the lead for the first time since June 2019. 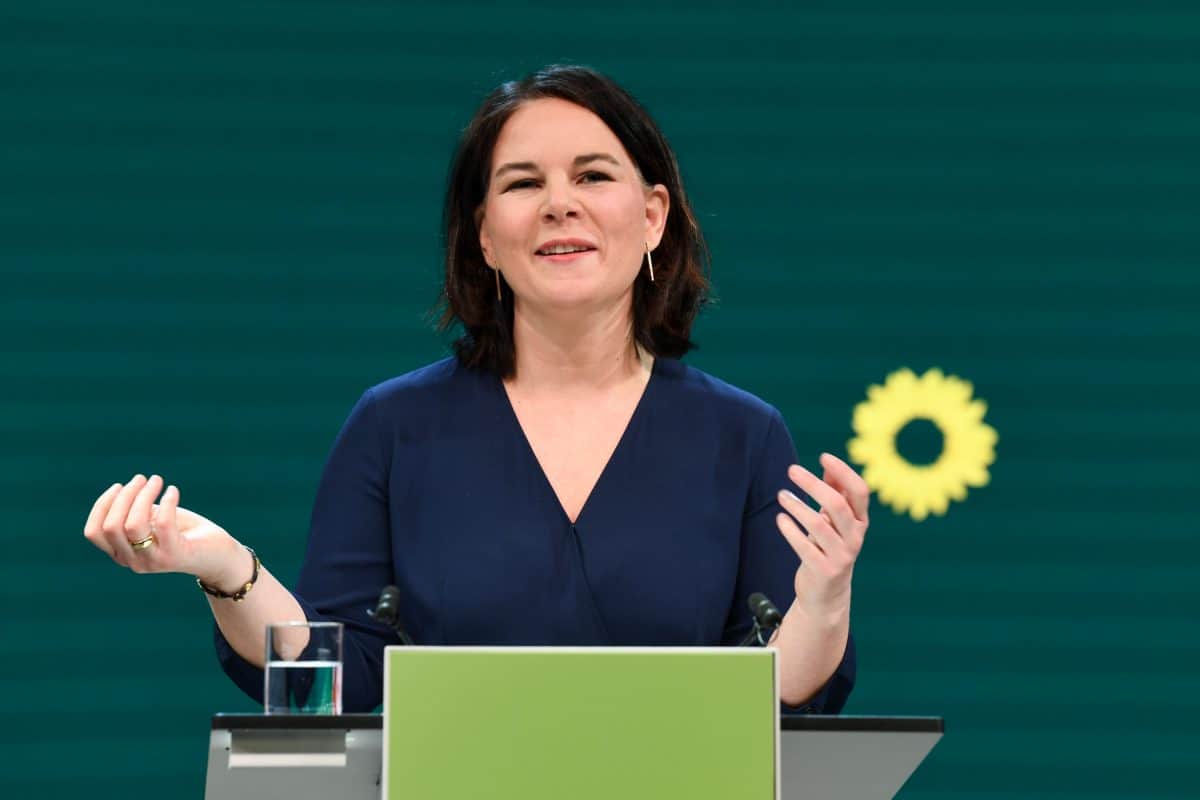 The poll-of-polls, published on Monday by Pollytix Strategic Research, puts the Greens in the lead for the first time since June 2019.

It is made more remarkable by the relative stability of Germany’s party landscape – which has proven far more resistant to upheaval than its European neighbours.

But the latest polling suggests the conservatives, who have governed Germany for the last 16 years, could be supplanted as the strongest party in the Bundestag on 16 September.

Six out of ten polls published over the last two weeks show an advantage for the Greens, who wheezed into fifth place the last time Germany went to the polls in 2017.

A survey by pollster Kantar and Bild am Sonntag newspaper on Sunday put the Greens in a three-point lead, on 27 per cent.

If those results were borne out later this year, the environmentalist party’s candidate – Annalena Baerbock – could be in a position to pick and choose from a variety of potential coalition partners – including the CDU or the Social Democratic Party (SPD).

However a polling expert said the current voting intention forecasts would need to remain stable for at least another fortnight to prove reliable barometers.

“But after years of very little movement in the hierarchy of Germany’s political parties, there is now a sense that the deck is being reshuffled and we could be on the threshold of a historic moment,” Stefan Merz of pollster Infratest Dimap told the Guardian.

The German public appears to have rounded on the government over its recent handling of the pandemic, with a stuttering vaccination campaign and a lengthy semi-lockdown exposing the poor state of the country’s digital infrastructure.

LSE graduate Baerbock, 40, has been the Green’s co-leader for three years but has no experience of higher office. She has launched her campaign on a message of reform, proposing a term limit for the chancellor.

“I stand for renewal, others stand for the status quo,” she has said. Baerbock claims to stand for “a Germany at the heart of Europe, a country in which climate protection creates the future foundation for prosperity, freedom and security”.

“Experience can act as drag, tying you to the past,” newspaper Der Spiegel wrote of Baerbock’s candidacy. “New, visionary ideas often come from young minds.”

Baerbock is seeking to show that Germany as a whole is more innovative than its political class – a claim boosted by the country’s constitutional court last week, which ruled that the government’s climate targets do not go far enough.

“The question is whether the Greens can keep up their momentum once the majority of the country has been vaccinated, the shops reopen and people can go on holiday again,” said pollster Merz.

“If the national debate shifts to the economy at that point, the CDU could regain some lost ground.”