The Reform party MP has called on the Tories to step aside and let him "damage Keir Starmer". 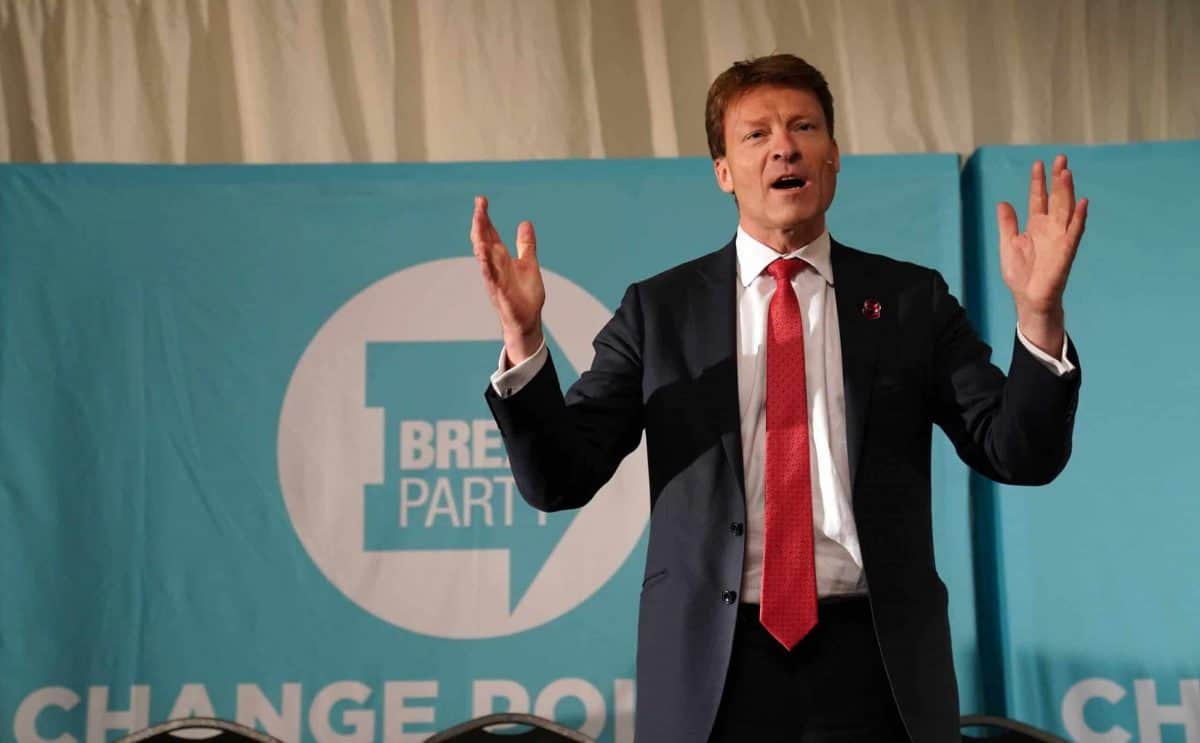 Reform UK party leader Richard Tice is considering running in the Hartlepool by-election – and has urged the Tories to step aside if he does.

The multi-millionaire businessman, who has taken the reins of the reformed Brexit Party from Nigel Farage, is considering putting himself forward after Labour’s Mike Hill quit as an MP.

Mr Tice was one of the founders of the Leave Means Leave campaign and went on to play a big part in the Brexit Party as wingman to Farage.

With his former boss now stepping back from frontline politics, Mr Tice says Reform UK will continue to rattle the establishment’s cage under his leadership, freeing people from “woke nonsense” as the country emerges from lockdown.

Speaking to The Telegraph he said if he does stand in the Hartlepool by-election, the Tories should withdraw from the race.

“The Tories should say: ‘No, Richard, you stand, and let’s damage Keir Starmer’,” he says.

“It’s a very interesting three-way, because if I stand and and either I win or the Tories win, then it’s very bad for Keir Starmer. Very bad.”

“That puts Labour in a right pickle.”

Ahead of the December 2019 election Tice was forced to step in after racist comments made by a local councillor were filmed by undercover reporters.

Russian oil chief dies after ‘falling from a hospital window’