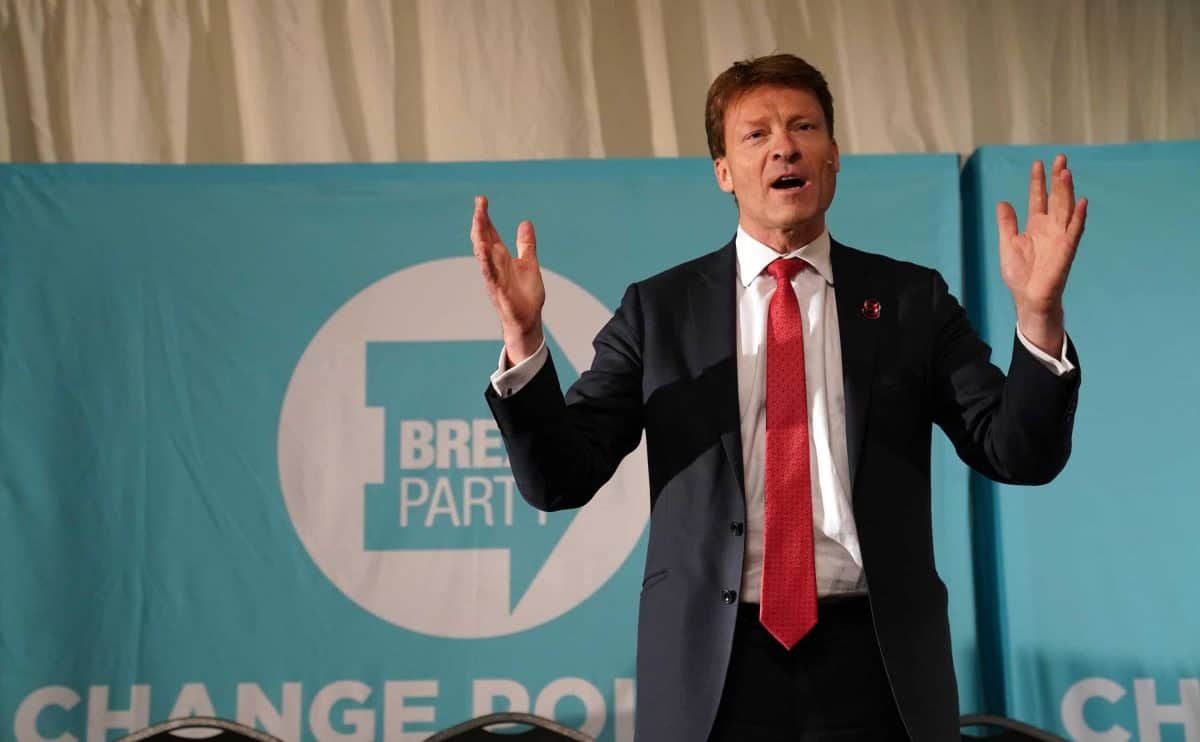 The Brexit Party has expelled a local councillor and dismissed a part-time official after they were filmed by undercover reporters making racist comments.

The two activists were filmed by Channel 4 News during campaigning in Hartlepool where party chairman Richard Tice is standing in the General Election.

Mr Mincher later told the programme he made up the story about burying a pig’s head “as a stupid act of showing off to your reporter”.

Gordon Parkin, who was said to be the party’s assistant manager for the North East region, was also shown complaining Muslims were “outbreeding us”.

Asked why there were comparatively few immigrants in the town, he replied, he said it was because people “won’t have them” and that they “persecute the bastards”.

In a statement Mr Tice said the party took immediate action when they became aware of the “appalling” comments, withdrawing the whip from Mr Mincher and dismissing Mr Parkin.

“Both I and the Brexit Party totally condemn the hideous remarks in question in the strongest possible terms,” he said.

“I would take the gravest exception to any attempt by Channel 4 to suggest that I or the Brexit Party in any way share, condone or was aware of these views and matters.”

He said the undercover reporters may have breached electoral law and accused Channel 4 of being prepared to go to the “most extreme lengths” to discredit Brexit and Brexiteers.

A Channel 4 News spokeswoman said: “We stand by our journalism.”