Labour leader Sir Keir Starmer said: “If global Britain is to mean anything, it cannot mean selling arms to Saudi Arabia and cutting aid to Yemen.” 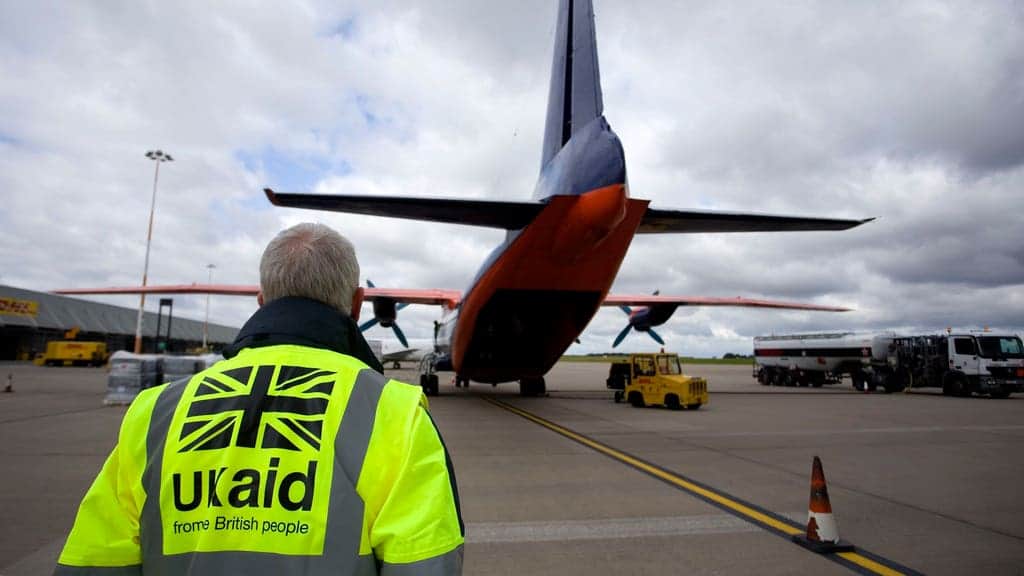 Boris Johnson has been condemned for cutting aid spending while allowing the UK’s nuclear arsenal to increase.

The Prime Minister’s foreign policy review committed to returning to the target of spending 0.7 per cent of gross national income on aid when the public finances allow but did not give a firm date.

At the same time, the Integrated Review of Security, Defence, Development and Foreign Policy increased the number of nuclear warheads the UK may possess to 260. It had been due to fall to a maximum of 180 by the middle of the decade.

By increasing UK’s nuclear stockpile while arguing we can’t afford to meet our promises to the world’s poorest shows the govt has got its priorities badly wrong. Exactly the wrong way to project Global Britain. Full @oxfamgb reaction to #IntergratedReviewhttps://t.co/PIgiMsU4Q1

“The government has got its priorities badly wrong”

The 0.7 per cent commitment was abandoned in November, with the UK spending 0.5 per cent of its income on aid in 2021.

Oxfam GB’s chief executive Danny Sriskandarajah said:  “Increasing the size of the UK’s nuclear stockpile while arguing that we can’t afford to meet our promises to the world’s poorest shows the Government has got its priorities badly wrong.

“It is exactly the wrong way to project global Britain on the world stage.”

Romilly Greenhill, the UK director of anti-poverty campaign One, said: “This review says one thing, while the Government does another. How do they expect to achieve the tilt to the Indo-Pacific while implementing severe aid cuts that will impact many countries in that region?

Cutting aid, money intended to fight disease or famine, while committing to increase pandemic preparedness and security doesn’t add up. How will we achieve the tilt to the Indo-Pacific while implementing severe aid cuts that will impact many countries in that region?

“Balancing the books on the backs of the poor”

In the Commons Tory former international development secretary Andrew Mitchell suggested Mr Johnson’s position as chairman of the G7 group of nations is “undermined” because the UK was the only country cutting its development budget “in breach of our clear party manifesto commitment” to meet the 0.7 per cent legal target.

He suggested the UK was entitled to miss the 0.7 per cent target due to the “exceptional circumstances” of the coronavirus pandemic, which could mean that there will not have to be a vote to change the law – sparing the Prime Minister from a potential Commons revolt.

Tory MP Pauline Latham (Mid Derbyshire) said the Government was “balancing the books on the backs of the poor”.

Labour leader Sir Keir Starmer said: “If global Britain is to mean anything, it cannot mean selling arms to Saudi Arabia and cutting aid to Yemen.”

The Integrated Review said: “The UK will remain a world leader in international development and we will return to our commitment to spend 0.7 per cent of gross national income on development when the fiscal situation allows.”