The exchange concluded with him saying: “Well let’s see how many more times you f*** us all over. There is a price for everything.” 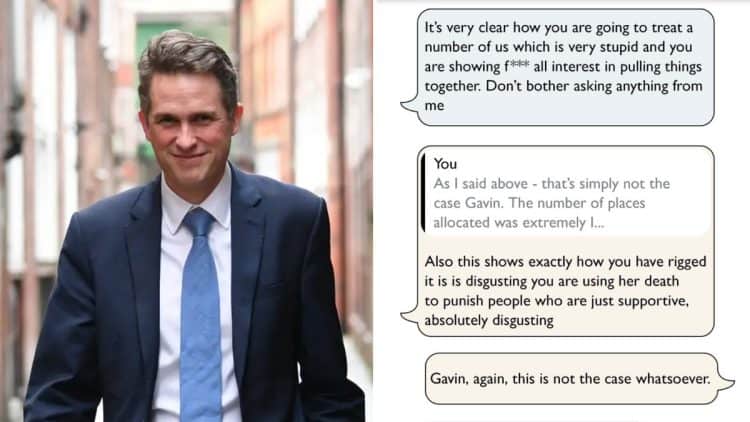 Rishi Sunak has said threatening and abusive texts sent by Sir Gavin Williamson to a colleague were “not acceptable or right” as he insisted he had been aware of a “disagreement” but not the details of the exchange.

The Prime Minister is under fire for bringing Sir Gavin back into the Government despite being warned that he was under investigation for allegedly bullying former chief whip Wendy Morton.

On Sunday evening, Mr Sunak told The Sun: “I hadn’t seen those texts before last night, I had not.

“I was aware there was a disagreement between him and the former chief whip.”

In them, Sir Gavin angrily accused her of seeking to “punish” MPs like him who were out of favour with Liz Truss by excluding them from the Queen’s funeral.

The exchange of texts, obtained by The Sunday Times, concluded with him saying: “Well let’s see how many more times you f*** us all over. There is a price for everything.”

Earlier, Cabinet Office Minister Oliver Dowden – one of Mr Sunak’s closest allies – insisted that the Prime Minister still had confidence in Sir Gavin, who is now also a minister in the Cabinet Office.

“As you have seen from the former chairman Jake Berry, he says that he highlighted that to the Prime Minister,” he told Sky News’s Sophy Ridge On Sunday programme.

“But in terms of the specific allegations, the specific exchange, the Prime Minister wasn’t aware of it until last night.”

However, Labour said it once again raised questions about Mr Sunak’s judgment after he reappointed Suella Braverman as Home Secretary just six days after she was forced to quit over a security breach.

Shadow climate change secretary Ed Miliband told Sky News: “These are incredibly serious issues and I think it really calls into question Rishi Sunak’s judgment and the way he made decisions about his Cabinet.”

Related: Too much vegan food ‘will turn you socialist’ – MAGA Republicans