Too much vegan food ‘will turn you socialist’ – MAGA Republicans

Have you ever bitten into a vegan burger, and immediately felt the need to call your friends 'comrades'? US Republicans are worried... 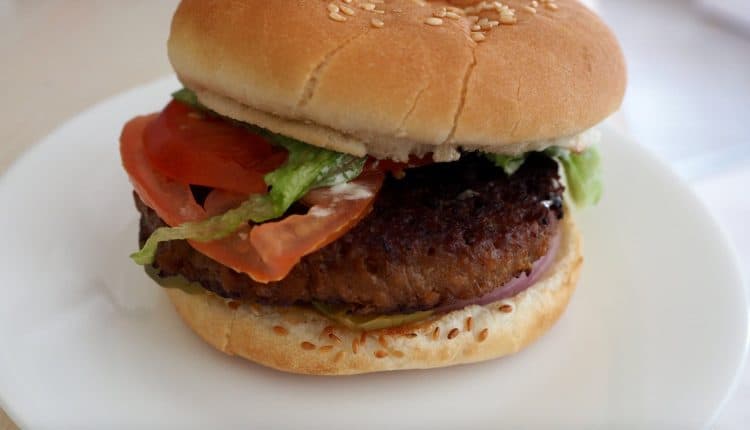 Just a completely normal one over the pond again, is it? We appear to have a new battleground in the tiresome culture wars, and this time, politicians from the Republican Party are taking aim at plant-based, vegan meat.

Eating too many vegan meat burgers ‘will turn you socialist’, US Republican claims

Ronny Jackson, who is currently running as a candidate for the House of Representatives, also comes with a ringing endorsement from Donald Trump. The US Mid-Term Elections take place later this week, and Republicans are looking to claw-back some ground.

Polls indicate that Republicans are likely to outperform the Democrats. With inflation rising and gas prices still high, the Biden Administration has had to take a few hits recently. The Mid-Terms come halfway between general elections, with the next one due in 2024.

US Mid-Term Elections: Will Donald Trump run for president again?

The spectre of Mr. Trump, meanwhile, looms large. The highly-divisive former president is weighing up another run at the White House, but is waiting to see how the land lies after this latest round of votes. However, he has a challenger in the midst.

Florida Governor Ron DeSantis is growing in popularity amongst the right. He’s heralded as something of a hero amongst conservative voters, following his anti-lockdown and pro-gun policies. However, he’s not the one waging a war against vegan meat.

Careful with those vegan burgers, everyone – Republicans are worried about them!

Jackson, who is based in Texas, stated via his Twitter account on Saturday that plant-based food products ‘will turn more people into socialists and Democrats’. With the world facing so much turmoil, it’s great to see Republican candidates have got their priorities sorted:

“I will NEVER eat one of those FAKE plant-based vegan burgers made in a LAB. If you eat too many, you’ll soon turn into a SOCIALIST DEMOCRAT. It’s real BEEF for me!” | Ronny Jackson