By not informing his deputy, he's saying "I’m in a stronger position, I’m in charge and this is how it’s gonna roll", Lewis told The London Economic. 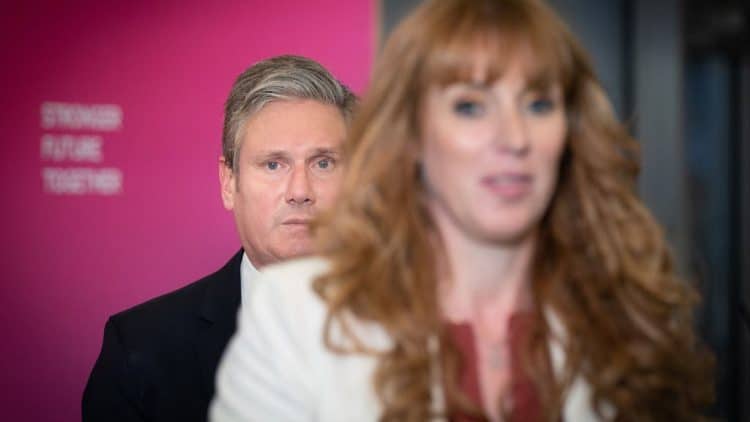 Keir Starmer’s second frontbench reshuffle in a year is a “power play” to say “I’m in charge”, a Labour MP has said.

Starmer appears to have blindsided Angela Rayner by reshuffling his shadow Cabinet on Monday morning as his deputy leader delivered a key speech on Tory sleaze.

Rayner was delivering a speech to the Institute for Government outlining how Labour would crack down on sleaze in public life when Sir Keir started wielding the axe.

Despite fraught tensions between the pair the last time he revamped his top team, Rayner was reportedly not aware the move was happening at the same time as her speech – and was not consulted.

During a question and answer session after Rayner’s speech, shadow Cabinet member Cat Smith – a holdover from Jeremy Corbyn’s frontbench confirmed the reshuffle had started by revealing that she would be resigning and returning to the backbenches.

Clive Lewis, who served in Jeremy Corbyn’s shadow cabinet, told The London Economic that Starmer appeared to be “flexing his newfound muscles” after Labour started pulling ahead in the polls.

He said: “Keir is within his rights to have a reshuffle. But for those who pick over the entrails, you can’t help but note the power play taking place by not informing your deputy leader, given what happened last time.

“You can read into that a kind of, ‘I’m in a stronger position, I’m in charge, this is how it’s gonna roll.’”

Lewis added: “The irony is, Labour in part has done better recently because Angela Rayner has been very good at holding [the government’s] feet to the fire. I’m sure Keir’s team would argue so has Keir at PMQs.

“It’s not a unified team. Keir Starmer is the leader of the Labour Party. He’s within his rights to do this. But with good political management comes the necessity of being able to manage your top team and make them feel included.

“If they don’t feel included, then people have to read into that that there are divisions or that there is a power play going on.

“You can’t help but read into it a sense of him flexing his newfound muscles, with Labour having done well recently.”

Asked after her speech about Sir Keir’s move, Rayner said she did not “know the details of any reshuffle” but that “we need some consistency in how we’re approaching things as an opposition”.

“I’ve been concentrating on the job that I’m doing,” she added. And she said that everything the Labour Party should be doing was focusing on getting into power.

A spokesperson for Rayner later said that she had a short conversation with Sir Keir between her morning media interviews and her IfG event and that she was aware there may be a reshuffle.