She broke down crying as she begged her colleagues to vote bill aimed at protecting same-sex marriage, the Respect for Marriage Act. 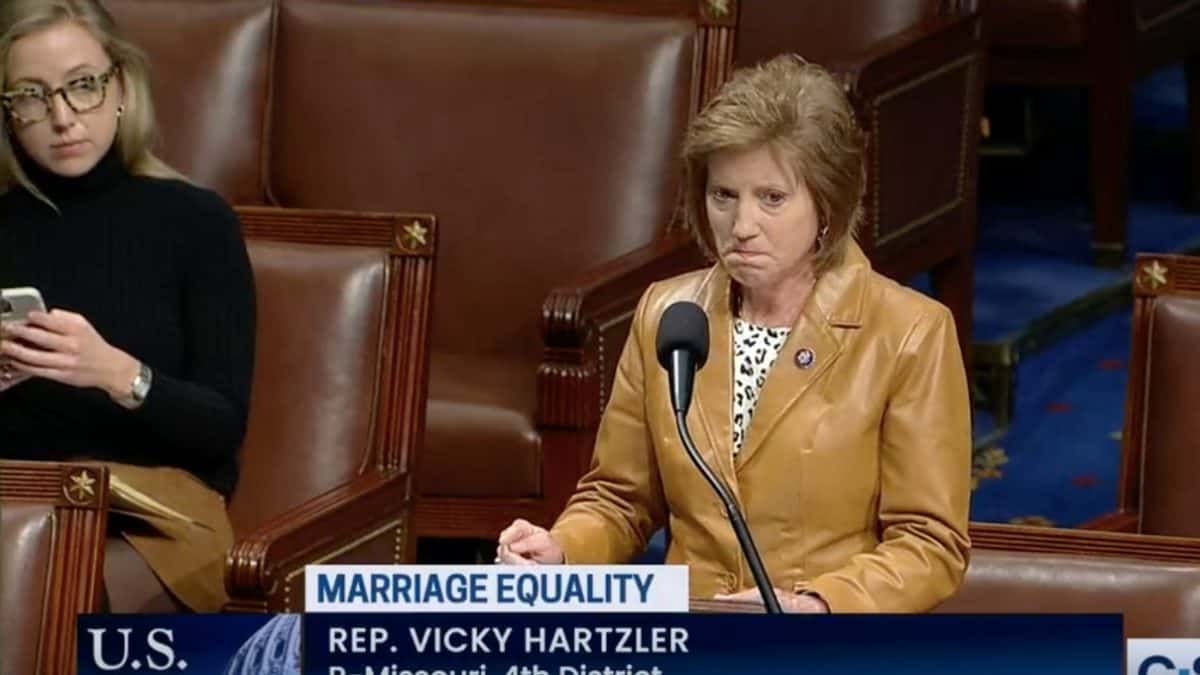 As she pleaded with her fellow lawmakers to vote against the Respect for Marriage Act, which would codify marriage equality into federal law, Anti-LGBTQ+ U.S. Rep. Vicky Hartzler of Missouri broke down in tears on the House floor on Thursday.

“I’ll tell you my priorities,” said Hartzler, a Republican. “Protect religious liberty. Protect people of faith. And protect Americans who believe in a true meaning of marriage. I hope and pray that my colleagues find the courage to join me in opposing this misguided and this dangerous bill.” She teared up toward the end of her remarks.

The act was nevertheless approved by the House and will safeguard same-sex and mixed-race married couples even if the Supreme Court reverses its 2015 decision in favour of marriage equality.

If a suitable case arises, Justice Clarence Thomas has urged the court to take that action. Although it doesn’t mandate that all states permit same-sex marriages within their borders, as is now required by the 2015 Obergefell v. Hodges decision, it will ensure that the federal government recognises these marriages and that states accept those performed in other states.