Alyn Smith MP told the SNP conference there was growing "enthusiasm for independence in Europe". 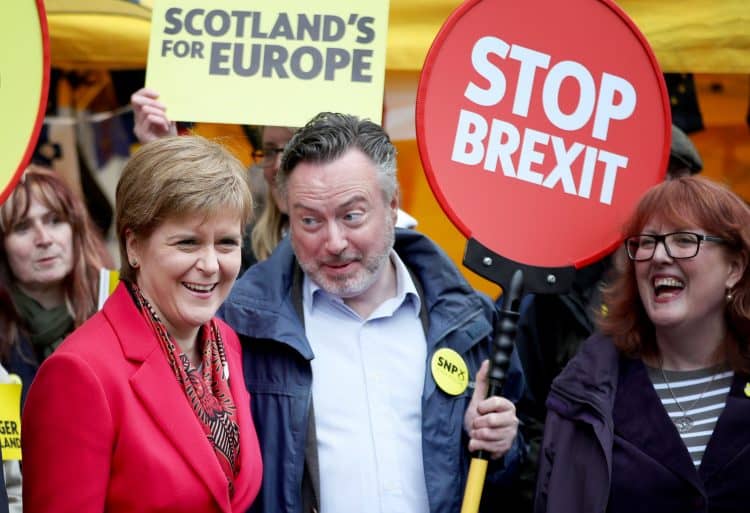 Joining the European Union as an independent nation would “put rocket boosters” on Scotland’s coronavirus recovery, a senior SNP MP has claimed.

Alyn Smith, the party’s foreign affairs spokesman, said that currently firms were having to try to survive the Covid-19 pandemic at the same time as coping with the fallout from Brexit.

He told how the decision to leave the EU had caused shortages within the labour market and resulted in empty supermarket shelves across the country.

But Smith said: “Getting back into the European Union would put rocket boosters on our recovery from Covid.”

He added: “We can do better than we are doing right now. Independence in Europe is the answer to the problems that Scotland has.”

His comments came as the former Scottish MEP, who was elected to the House of Commons in 2019, conceded that the SNP had failed in its attempts to stop Brexit.

Recalling his election to Westminster, he said: “I stood in Stirling in 2019 explicitly on a stop Brexit ticket, and we didn’t.”

He told the SNP conference that now “the reality of Brexit is dawning on the people of Scotland on a daily basis”, adding that “it has been a slow-motion trauma, for me personally, but also for Scotland as an economy and a society”.

The Stirling MP continued: “The democratic outrage of what has been done to us against our will is actually a failure on our part, because we didn’t stop Brexit.”

‘The ship is sinking’

However with the impact of leaving the EU now becoming clearer, he said this was helping convert Scots to independence.

He told SNP supporters: “That reality is moving so many people from scepticism about independence to enthusiasm for independence in Europe.