The appointment emphasises yet again that the top tier of political journalists are "very chummy with the politicians". 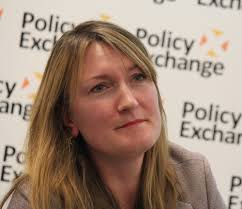 The expected appointment of Allegra Stratton as the face of Downing Street’s new daily televised press briefings has been met with a collective sigh from social media commentators, with Owen Jones describing it as another “revolving door” job.

The former ITV journalist, who is currently an adviser to the chancellor, Rishi Sunak, will host daily briefings for political journalists. The role will make her a high-profile spokeswoman for Boris Johnson.

It will form a part of a media shake-up masterminded by Johnson’s director of communications, Lee Cain, who is increasingly centralising government communications in Downing Street, and intends to significantly reduce the number of civil servants dealing with the press.

The former Guardian man has been described as Dominic Cummings’ ‘man on earth’ by one former political editor, which makes Stratton’s appointment understandable.

As John Hyde pointed out, she is married to the political editor of the Spectator, who has links to the PM’s svengali.

So the new Downing Street press secretary is Allegra Stratton, who is married to the political editor of the Spectator, who works alongside the commissioning editor who happens to be married to Dominic Cummings, who is the chief adviser to Boris Johnson.

I need a lie down.