Shanene Thorpe said she felt "judged and victimised" by Newsnight at the time. 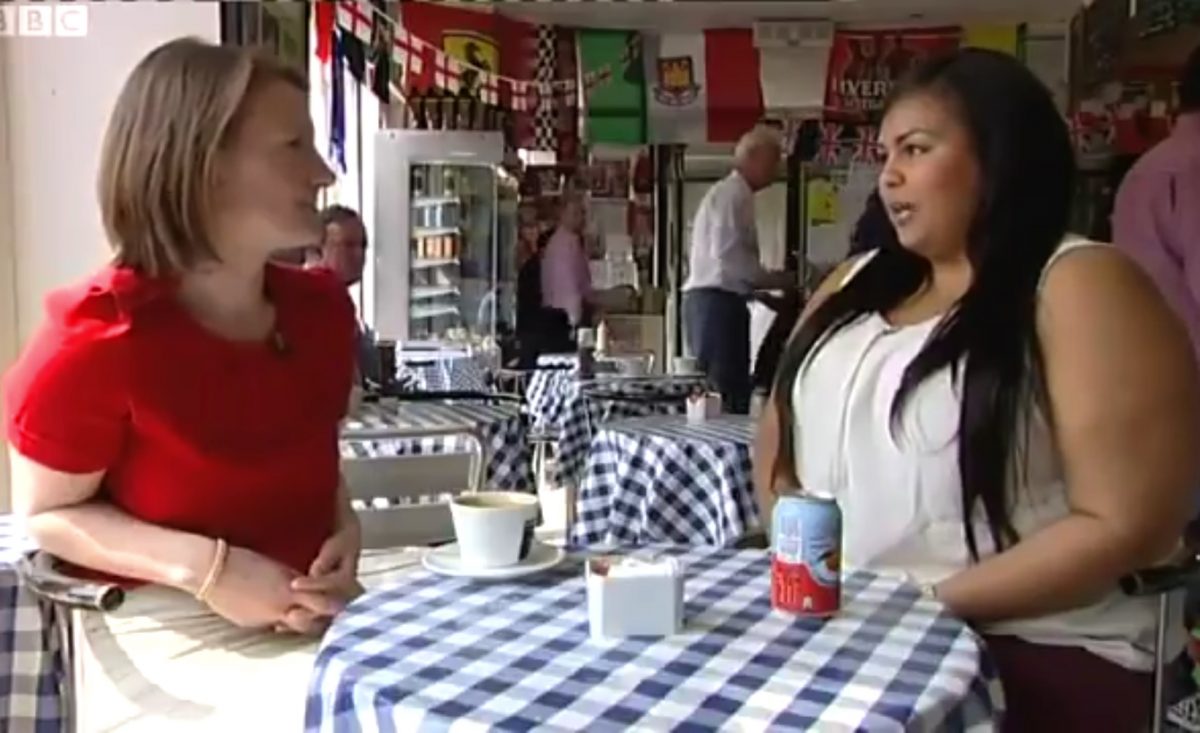 Footage of Downing Street’s new press secretary “humiliating” a single mother over her benefit payments has been circulating on social media in the wake of the impending announcement.

Allegra Stratton is in line to be the face of Number 10’s new daily televised press briefings as part of a media shake-up masterminded by Boris Johnson’s director of communications, Lee Cain.

The former political editor of the BBC’s Newsnight programme, who went on to a stint at ITV, has been working as an adviser to the chancellor, Rishi Sunak, but is expected to make the step up in due course.

The appointment has been said to typify Downing Street’s cosy connection to the mainstream media, with Owen Jones pointing to the “revolving door between senior political broadcasting in this country and the ruling Conservative government”.

A clip of Stratton “humiliating” a single mother has also surfaced on the back of the news, with the aggressive conversation resulting in outrage at the time.

Newsnight had to apologise after Bethnal Green resident Shanene Thorpe campaigned for an on-air statement, gaining 27,000 signatures in an online petition.

At the time she said: “This has been a massive victory for me and now that the BBC has fully acknowledged their wrongdoing, I hope they’ll think twice about doing it to others.”

Here’s Allegra Stratton completely misrepresenting a young woman who was in work as unemployed, while she was a reporter for Newsnight. Good practice for lying on behalf of the Prime Minister pic.twitter.com/ZsifUM56IQ