"Our Prime Minister just interrupted possibly the planet’s last chance to save itself from climate devastation to tell everyone Britain is "not remotely a corrupt country”". 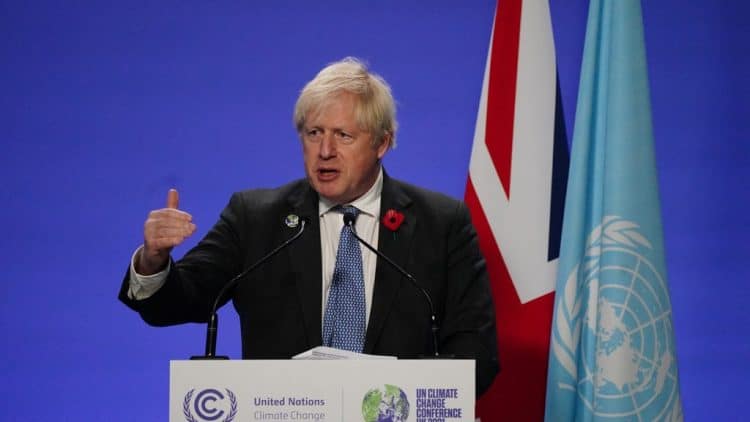 Boris Johnson used the Cop26 climate change summit in Glasgow to reassure the world that the UK is not a corrupt country.

Attempting to draw a line under the politically toxic row over standards at Westminster, the prime ministertold a news conference that the “most important thing is that those who break the rules must be investigated and should be punished.”

A video released by the BBC shortly afterwards, however, appears to contradict that.

Johnson, who has seen the Tories’ poll ratings fall after the row over standards erupted last week, said he was not going to comment on individual cases, insisting “the UK is not remotely a corrupt country”.

However, he said that while in the past MPs doing second jobs such as doctors, lawyers or soldiers had strengthened democracy, it was essential they put their constituents first if that was to continue.

The reaction to the press conference has been fierce, with Angela Rayner saying the prime minister’s lack of contrition showed he did not care about the “corruption” engulfing his party and his Government.

“Instead of taking responsibility the Prime Minister is taking the mickey out of the British people and won’t clean up his mess,” she said.

“He thinks it’s one rule for him and another rule for everyone else.”

Here’s what people had to say elsewhere: