The prime minister is alleged to have told one aide that they deserved a drink for “beating back” coronavirus. 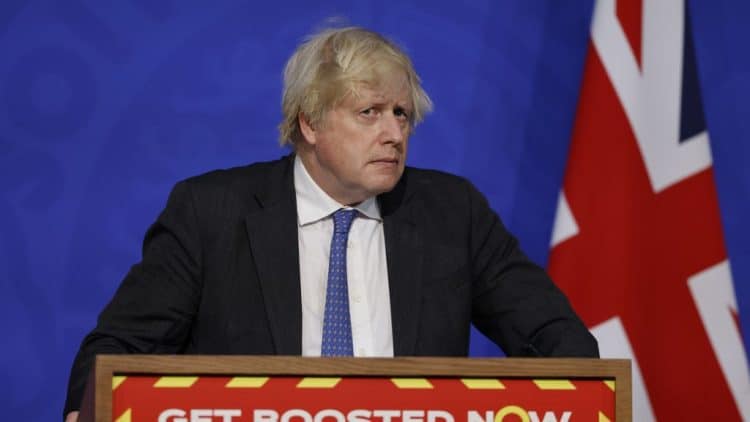 Boris Johnson is set to face fresh questions over gatherings held at Downing Street during lockdown restrictions after the emergence of a photo showing him, his wife, and staff in the garden of No 10 during the first national lockdown.

The photo, obtained by the Guardian, showed Mr Johnson, his then-fiancee Carrie, and 17 other staff members in the garden on May 15, 2020, with bottles of wine and a cheeseboard on a table in front of the PM.

No 10 has insisted work meetings often took place in the garden, and a leading human rights barrister said it is unlikely the gatherings broke the law.

But the photo was taken at a time when restrictions on meeting others were still in place.

“Please stick with the rules”

Earlier on the same day, then health secretary Matt Hancock had told the daily coronavirus briefing: “People can now spend time outdoors and exercise as often as you like – and you can meet one other person from outside your household in an outdoor, public place. But please keep two metres apart.”

He added: “Please stick with the rules, keep an eye on your family and don’t take risks.”

Human rights barrister Adam Wagner, who examines coronavirus regulations and interprets them on Twitter for the public, said he was “doubtful it was against the law”, but that it may have been against guidance.

He said on Twitter that regulations at the time stated “you couldn’t be outside the place you were living without a reasonable excuse” and that working would be such a reason.

And that there was “no way of knowing from a pic that they weren’t working”.

“Tell us the truth”

However Labour’s deputy leader Angela Rayner has urged Mr Johnson to “tell us the truth”.

In the photograph published by The Guardian, Mr Johnson can be seen sitting around a garden table with his then-fiancee Carrie, and two members of staff.

On the table are bottles of wine and a cheeseboard.

Four other members of staff are sat around a second table a distance away.

Nine people are then gathered on the grass, with another two sat on the floor to the right.

On Sunday, a No 10 spokesperson told The Guardian: “As we said last week, work meetings often take place in the Downing Street garden in the summer months. On this occasion there were staff meetings after a No 10 press conference.

But following the emergence of the photographs, Labour’s Ms Rayner tweeted: “I guess staff meetings look a bit different if you went to Eton?

“Enough is enough. Tell us the truth about what was going on in Downing Street from the very beginning immediately @BorisJohnson.”

The Prime Minister is alleged to have told one aide that they deserved a drink for “beating back” coronavirus.

Some aides reportedly carried on drinking into the evening, although there was no suggestion Mr Johnson or Mr Hancock had any alcohol or stayed late.

The alleged gathering is one of a number which have been reported across Whitehall during coronavirus restrictions.

Senior civil servant Sue Gray has been tasked with investigating the reports after Cabinet Secretary Simon Case was removed from the probe after it was revealed he had known about a quiz held in his department.