Labour’s membership has tumbled by around 200,000 since Sir Keir Starmer became leader, according to an NEC member. 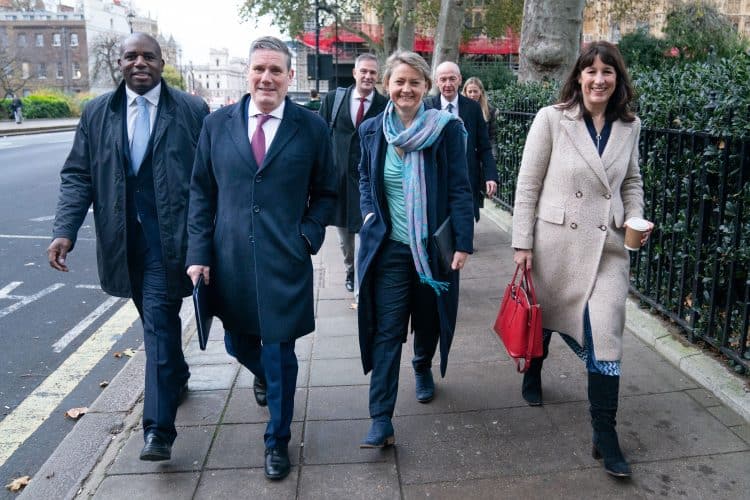 Labour has left behind its far-left days under Jeremy Corbyn and now has a “totally different mentality” towards business and the economy,  the shadow chancellor has declared.

Rachel Reeves vowed a Labour government led by Sir Keir Starmer would be profoundly “pro-business” and committed to fiscal discipline.

She told the Financial Times: “It doesn’t sound totally preposterous that Labour could be in government some time quite soon.”

However, Ms Reeves acknowledged Sir Keir’s Labour had a great deal of work to do to regain voters’ trust after a humiliating defeat in the 2019 election.

The shadow chancellor explained that would entail a solid partnership with business to increase growth – including developing infrastructure, more apprenticeships and increased research spending.

She said: “Labour is a pro-worker party but we’re a pro-business party too, and very proudly so.”

But Ms Reeves added tax loopholes which benefit private equity and independent schools would be closed under Labour.

She added the opposition were determined to “make Brexit work” by improving on the EU-UK trade deal, as well as sticking to a system which restricted free movement, saying voters like those in her Leeds constituency were “rightly angry” about UK jobs being advertised in eastern Europe.

Ms Reeves added that it was a “good thing” Labour membership was dropping as it allowed the party to shed unwelcome supporters and rid itself of the “stain” of anti-Semitism.

In addition to being an MP and shadow chancellor, Ms Reeves is the vice-chair of the group Labour Friends of Israel which seeks to strengthen ties between the British Labour Party and the Israeli Labor Party.