Ed Davey said the policing bill, restrictions to the judicial review and voter ID moves are "actions of despots". 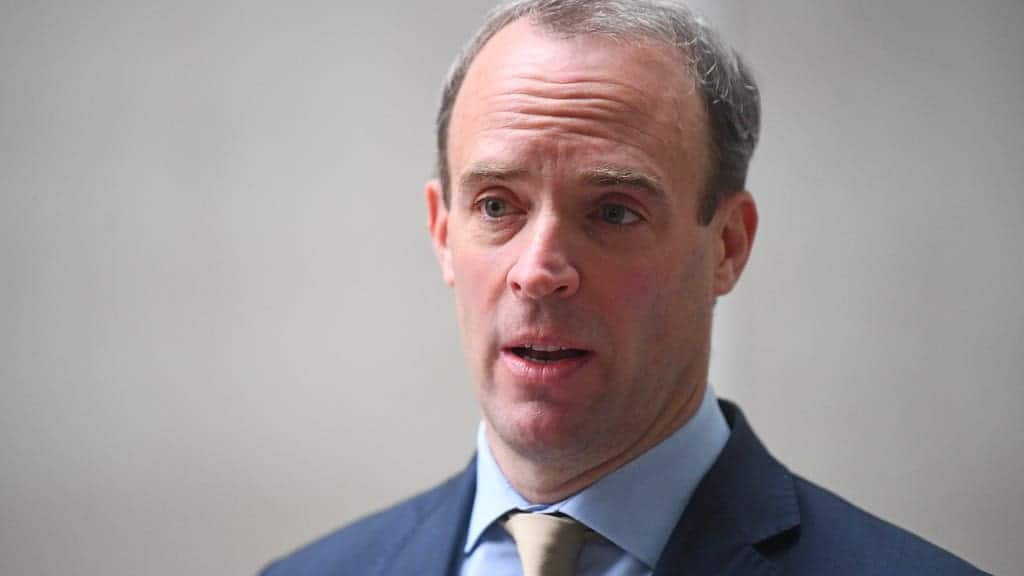 Foreign secretary Dominic Raab will use a speech to warn that hostile state actors and criminal gangs are using technology to undermine the “foundations of our society and democracy”.

In his keynote speech at at the National Cyber Security Centre’s CyberUK conference on Wednesday, he will conclude there is a need to clarify how rules around cyber activity are enforced.

Mr Raab is due to tell the conference: “The clash of values… is playing out today between the countries that want to protect and preserve a system based on open and outward-looking societies, and those promoting an authoritarian international system.

“We can see this clash between authoritarian and democratic states playing out very directly, right now, in cyberspace.”

The speech comes on the back of controversial plans to bring in voter ID in the UK, with Ed Davey telling the House of Commons last night that they are just “another example of this authoritarian government”.

Plans to require voters to prove their identity before casting ballots have been met with widespread backlash today, with several people calling it a solution to a non-existing problem.

The Liberal Democrat leader also pointed to the policing bill brought in earlier this year which includes powers to restrict protests and attempts to restrict judicial review before hitting out at the government’s latest moves.

He said: “Forcing people to show identity papers in order to vote is a plan ripped straight from the Donald Trump playbook… these are the actions of despots.”