Kwasi Kwarteng told the public the Tories want to "improve workplace protections - not reduce them" at the start of the year. 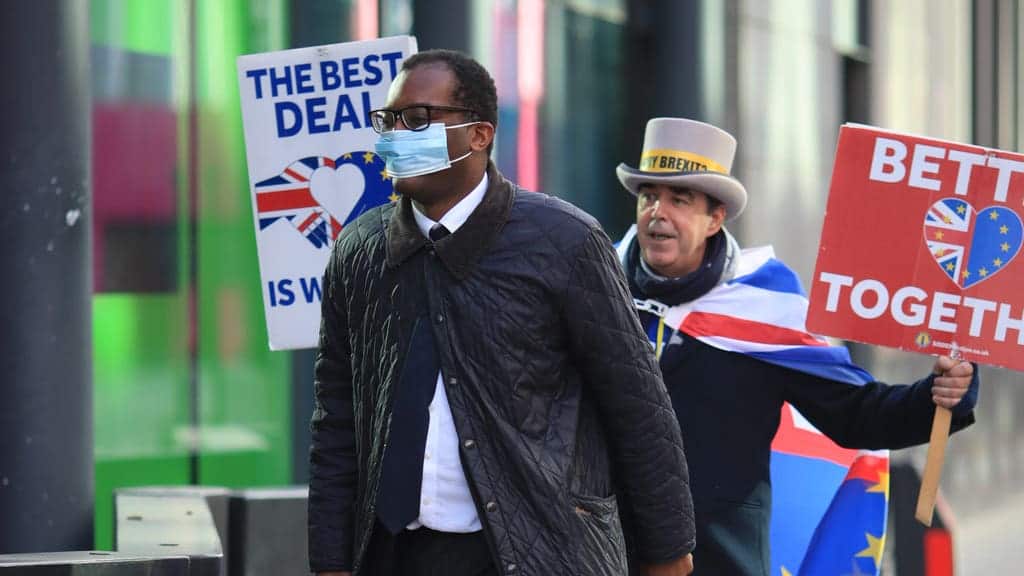 Labour has accused the Government of “letting down” workers after an expected Bill on workers’ rights was not included in the Queen’s Speech.

The Opposition said the absence of an Employment Bill was a “glaring omission”, echoing complaints from trade unions.

Labour said the Government had failed to deliver on promises made more than 50 times by ministers to protect workers, leaving employment measures “left by the wayside”.

Opening the Queen’s Speech debate for Labour, the party’s new shadow chancellor Rachel Reeves will say on Wednesday that the only way for the Government to meet challenges facing Britain is to build a “fair economic recovery”, shaped around protecting workers and creating the jobs of the future.

Labour added that ministers had not tackled the issue of “fire and rehire”, which has sparked a series of industrial disputes this year, or done anything to protect people on zero-hour contracts and in insecure work.

The Government has also failed to tackle a huge backlog of half a million employment tribunal cases, said Labour.

Ms Reeves will say: “Our economic foundations were not strong enough going into the pandemic and as we thankfully emerge from it, people deserve something better than before.

“We need a transformation of our economy, so all workers have not only the skills they need, but fair pay for a fair day’s work, and greater security and opportunities for the future.

“That’s got to be a major test of this Queen’s Speech and one the Government looks set to fail.”

Workers’ rights will not be ‘lowered’ following Brexit

At the start of the year business secretary Kwasi Kwarteng insisted ministers are not planning to “lower” workers’ rights amid reports they are preparing to tear up key protections enshrined in EU law.

He insisted that the Government wanted to improve workplace protections – not reduce them.

“We are not going to lower the standards of workers’ rights,” he tweeted.

“The UK has one of the best workers’ rights records in the world – going further than the EU in many areas.

“We want to protect and enhance workers’ rights going forward, not row back on them.”