The Government unveiled its legislative agenda for the new parliamentary session in the Queen's Speech today. 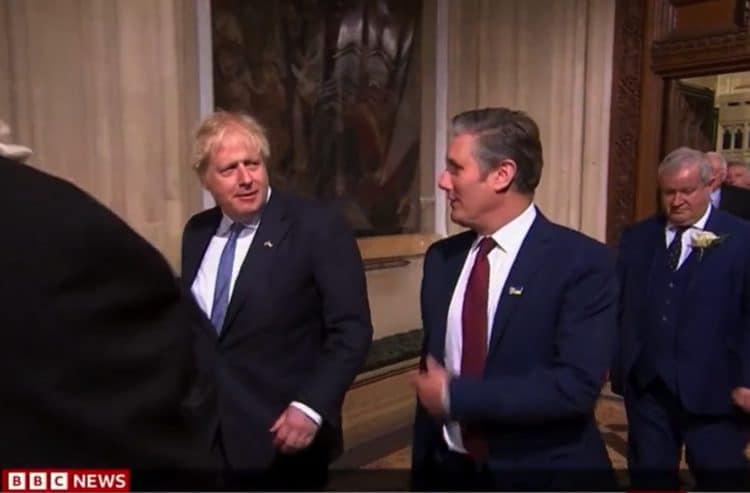 Boris Johnson sought to turn over a new leaf with a fresh legislative agenda in the wake of heated rows over Covid parties and stinging local election results for the Tories.

The Queen’s Speech, which is written by the Government, was delivered by the Prince of Wales for the first time.

In all, the package featured 38 bills or draft bills, including some that had been carried over from the last parliamentary session.

On the way into the Chamber, Johnson appeared to make an utterance to Sir Keir Starmer following a bruising weekend for the opposition leader.

Sir Keir pledged to resign if he is handed a Fixed Penalty Notice by Durham police.

Decide for yourself what Johnson said to him by watching the clip below: