In 2015, the chance of exceeding the key threshold for global warming was zero. 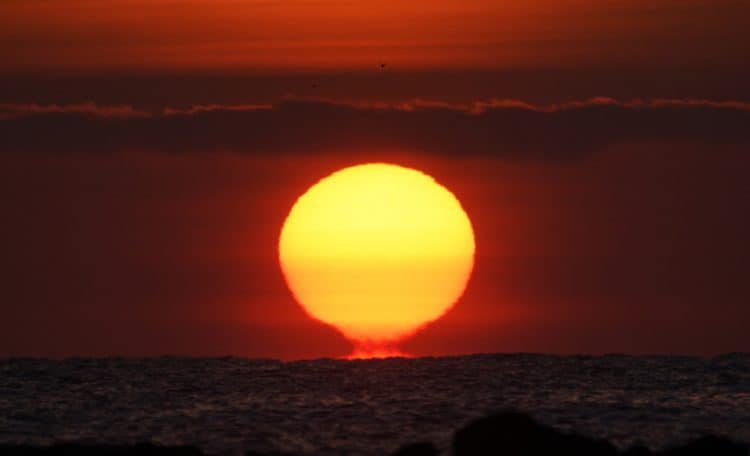 There is a 50-50 chance that temperatures will temporarily exceed the key 1.5C threshold for global warming in the next five years, a Met Office study has warned.

The annual update forecasts that one of the years 2022-2026 is very likely to be the warmest on record globally, beating the current record hot year of 2016.

And it is likely that one of the years in the next half-decade will see annual average temperatures exceed 1.5C above pre-industrial levels, the report produced for the UN’s World Meteorological Organisation (WMO) said.

Under the global Paris climate treaty, countries pledged to curb temperature rises to 2C and pursue efforts to limit them to 1.5C above 19th century levels to avoid the most dangerous impacts of climate change.

In 2015, when the Paris Agreement was signed, the chance of temporarily exceeding 1.5C was close to zero, the WMO said.

The world is already seeing increasing floods, storms, heatwaves and wildfires as a result of climate change of around 1.1C in 2021, and beyond 1.5C of warming, more extreme weather, crop damage and losses of key systems such as coral reefs are expected.

Some vulnerable countries, such as low-lying island states, warn that going beyond 1.5C threatens their very survival.

The report’s lead expert, Dr Leon Hermanson, of the Met Office, said: “Our latest climate predictions show that continued global temperature rise will continue, with an even chance that one of the years between 2022 and 2026 will exceed 1.5C above pre-industrial levels.

“A single year of exceedance above 1.5C does not mean we have breached the iconic threshold of the Paris Agreement, but it does reveal that we are edging ever closer to a situation where 1.5C could be exceeded for an extended period.”

The Met Office report said the annual global average surface temperature for any year in the next five is predicted to be to be between 1.1C and 1.7C higher than pre-industrial levels.

The chance of at least one year exceeding the 1.5C threshold is 48 per cent over the period, but there is only a small chance (10 per cent) of the whole five-year average being above the threshold.

The Arctic will bear the brunt of the changing climate, as warming there is expected to be more than three times as large as the global average over the next five winters, the Met Office said.

WMO secretary-general Professor Petteri Taalas said: “This study shows – with a high level of scientific skill – that we are getting measurably closer to temporarily reaching the lower target of the Paris Agreement on Climate Change.

And he warned: “The 1.5C figure is not some random statistic; it is rather an indicator of the point at which climate impacts will become increasingly harmful for people and indeed the entire planet.

“For as long as we continue to emit greenhouse gases, temperatures will continue to rise.

Related: Almost 7,000 people have died of Covid in England and Wales since PM lifted all restrictions