The Home Secretary called it "sheer vandalism and disorder", calling for police action to resolve the matter. 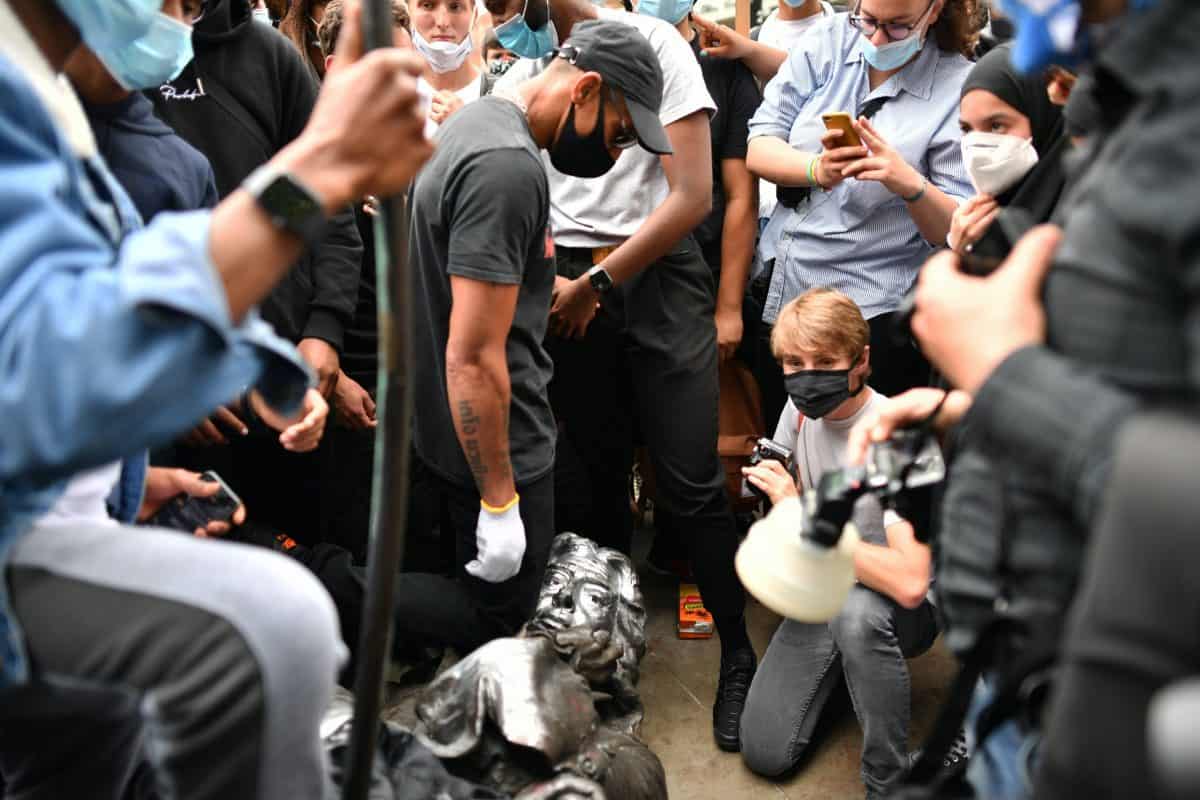 Priti Patel and Sajid Javid led a party rebellion after Black Lives Matter campaigners pulled down the controversial statue and pushed it into the harbour.

Ms Patel told the BBC: “I think that is utterly disgraceful. That speaks to the acts of public disorder that actually have become a distraction from the cause people are actually protesting about.

“It’s right that police follow up on that and make sure that justice is taken with those individuals responsible for such disorderly and lawless behaviour.”

I grew up in Bristol. I detest how Edward Colston profited from the slave trade.

But, THIS IS NOT OK.

If Bristolians wants to remove a monument it should be done democratically – not by criminal damage. https://t.co/Wfz47zQQZU