Sitting at the Court of Session in Edinburgh, Lord Doherty said the decision can only be made by politicians and is not for the courts. 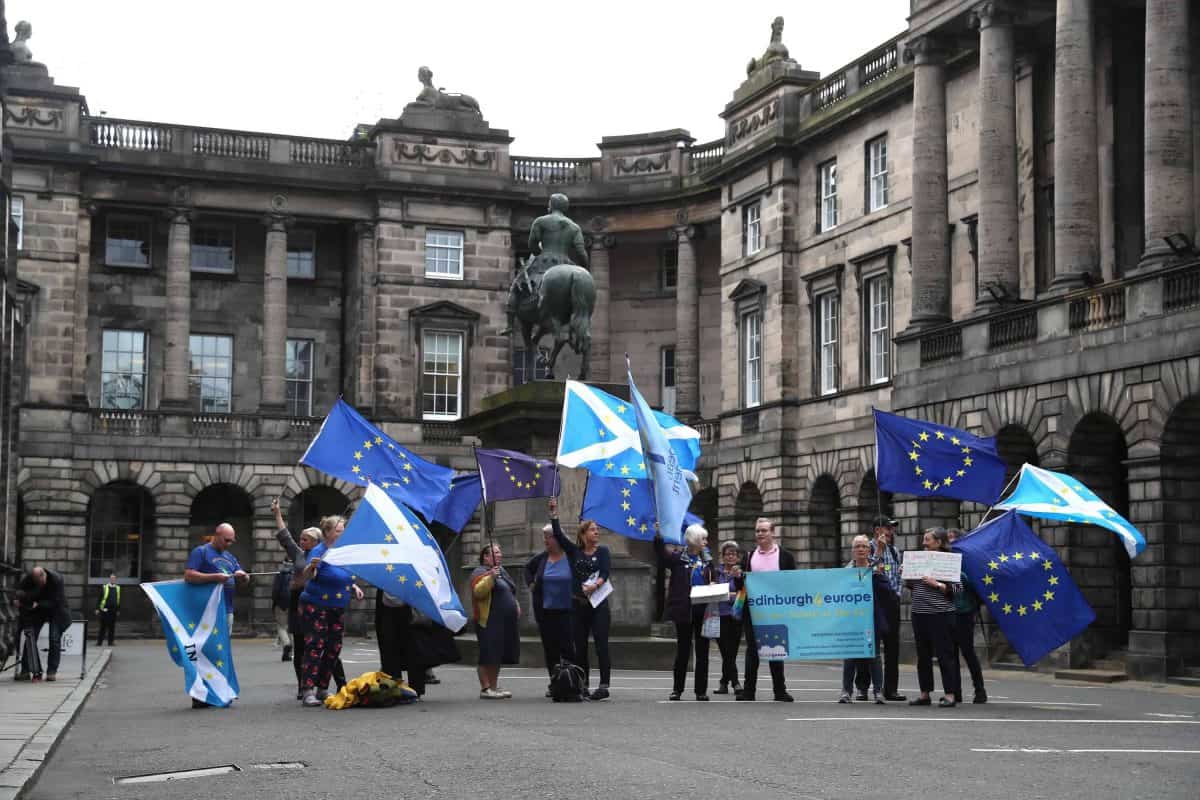 A judge at the highest civil court in Scotland has found Boris Johnson’s planned prorogation of Parliament is lawful.

Legal action aimed at preventing the UK Government suspending Parliament ahead of the Brexit deadline of October 31 was considered at the Court of Session in Edinburgh on Tuesday.

It followed claims the Prime Minister wants to limit MPs’ scrutiny and their attempts to stop a no-deal Brexit.

Announcing his decision on Wednesday, Lord Doherty said choosing when to prorogue Parliament was for politicians and not the courts – but this will now be appealed against.

He said: “In my view the advice given in relation to the prorogation decision is a matter involving high policy and political judgement.

“This is political territory and decision-making, which cannot be measured by legal standards but only by political judgments.

“Accountability for the advice is to Parliament and ultimately the electorate and not to the courts.”

Lord Doherty added: “I do not accept the submission that the prorogation contravenes the rule of law and the claim is justiciable because of that.

“In my opinion there has been no contravention of the rule of law.

“The power to prorogue is a prerogative power and the Prime Minister had the vires (powers) to advise the sovereign as to its exercise.”

The challenge from a cross-party group of 75 MPs and peers – led by SNP MP Joanna Cherry QC – argued the decision to prorogue Westminster to reduce time parliamentarians have to scrutinise legislation or attempt to prevent a no-deal Brexit is unlawful.

Jo Maugham QC was also among those supporting the case.

Speaking after the decision, he said: “The idea that if the Prime Minister suspends Parliament the courts can’t get involved loses some ugly demons.

“If he can do that for 34 days, why not 34 weeks or 34 months? Where does this political power end? It’s not the law as I understand it.

“Yesterday’s hearing was always going to be a bit of a pre-season friendly.

“We’re now focused on the Inner House, hopefully later this week, and then the Supreme Court on September 17.”

The appeal will be heard at the Inner House, which is the supreme civil court in Scotland.

In a hearing on Tuesday, it was revealed the Government appeared to consider suspending Parliament as early as mid-August.

This was two weeks before publicly announcing the move and despite Mr Johnson’s spokesman then claiming any suggestion of prorogation was “entirely false”.

A note dated August 15 from Nickki da Costa, a former director of legislative
affairs at Number 10 – which was seen by Mr Johnson and his adviser Dominic Cummings – asked whether an approach should be made to prorogue Parliament, between September 9 and October 14.

A note of “yes” was written on the document, the Court of Session in Edinburgh heard.

Aiden O’Neill QC, representing the cross-party parliamentarians, said: “One presumes this was a document sent in the red box to the Prime Minister to be read at his leisure.”

The Queen met the Privy Council on August 28 to approve the move.

Mr O’Neill described Mr Johnson as having a record that was “characterised by incontinent mendacity, an unwillingness or inability to speak the truth”.

Responding for the Government, David Johnston QC, said: “The proper forum for these matters to be scrutinised is the political forum.

“Those who make decisions that don’t go down well in the political forum will
be held to account there – either in Parliament or, ultimately, by the electorate.”