A billboard display mimicking the famous Carlos Tevez poster went live next to the team’s hotel ahead of the crucial fourth test. 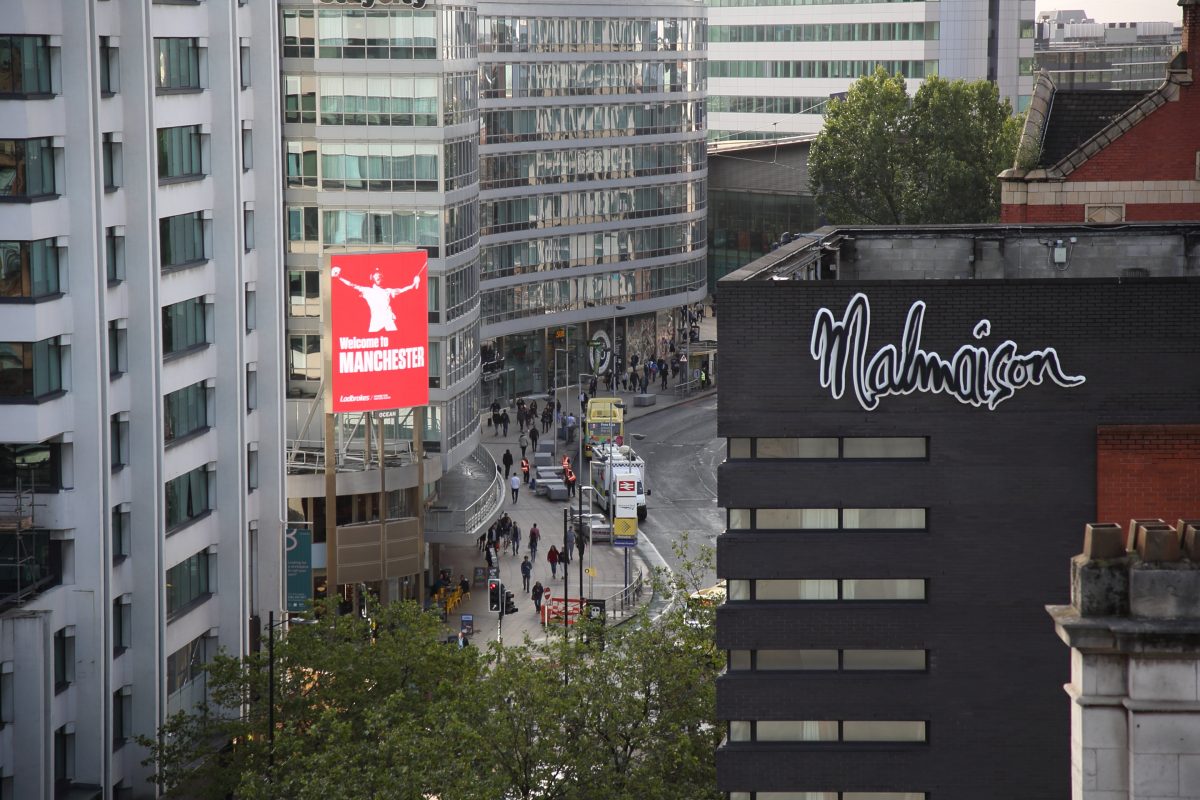 The Australian cricket team were taunted by a huge poster of Ben Stokes’ winning salute in Manchester city centre today.

A billboard display mimicking the famous Carlos Tevez poster went live next to the team’s hotel ahead of the crucial fourth test.

England levelled the series in spectacular fashion at Headingley, coming back from a measly 67 run total in the first innings to win by 1 wicket.

All-rounder Stokes etched his name into Ashes history with a final innings stand of 135 not out, dispatching the final runs through mid-wicket to seal the win.

And he has been given pride of place in Manchester city centre as a result.

A billboard ad devised by Ladbrokes looks to imitate Carlos Tevez’s taunt dished out by City in 2009.

Covering a display of 5.6 by 7.1 metres, it captures the iconic moment Stokes scored the winning runs in a posture not too dissimilar to the Argentinian footballer, who sported both the red and blue of Manchester.

Jessica O’Reilly of Ladbrokes said: “Ben Stokes’ final innings at Headingley was the stuff of legend, so we thought it was only right to honour it ahead of the fourth test.

“Thankfully we found a spot just yards away from the Australian team’s hotel to give them a timely reminder.

“Hopefully our little sledge will help get England over the line and on the road to victory.”

Photographers were sent away from the hotel this morning by management as the team made their way towards Old Trafford Cricket Ground.

But they may struggle to avoid the prominent ads.

As well as taking pride of place outside in the Gateway Piccadilly they are also running on the Trafford Tower, along city-centre roads and at the central train station.

Australian captain Tim Paine admitted today that he has lost sleep thinking about how they are going to get Ben Stokes out.