Jeremy Corbyn called the deportation “the continuation of an unnecessarily harsh approach that ought to have been abandoned on the back of lessons learnt from the Windrush scandal”. 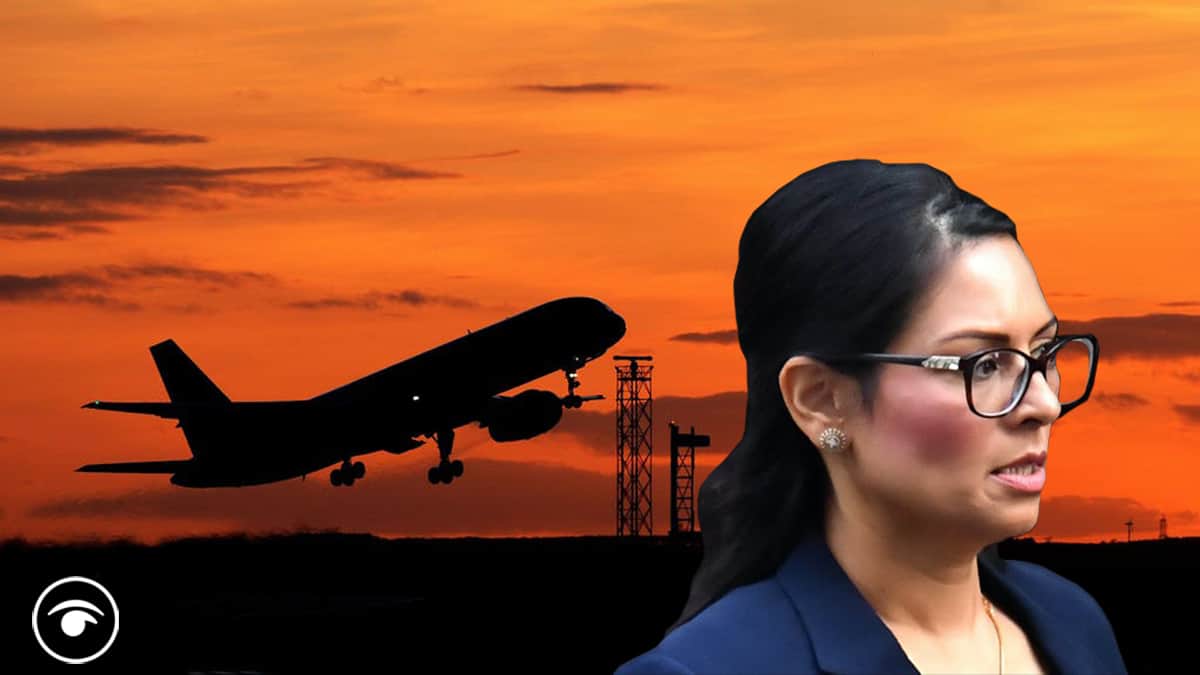 MPs and peers have launched a last-ditch attempt to get Priti Patel to cancel a pre-Christmas deportation flight to Jamaica which is set to take off on Wednesday.

Charities and activists say as many 50 people could be on the flight organised by the Home Office which has been condemned as “dangerous and wrong”.

Supermodel Naomi Campbell and actress Thandie Newton joined more than 90 high-profile figures in signing an open letter to the bosses of airlines who could operate the flight, saying it risks the “unlawful and wrongful removal of people who have the right to remain in the UK”.

And now almost 70 MPs and peers have launched their own attempt to get the home secretary to back down on the deportation flight, which is scheduled for the day England’s second lockdown ends.

“Britain is their home”

The letter to Patel – which was coordinated by Labour’s Clive Lewis – reads: “Some of the individuals affected [by the deportation] arrived in this country as children. Many now have children of their own. Britain is their home.”

MPs have also warned that the lives of those being deported will be put at risk amid the ongoing Covid-19 pandemic, which has killed more than 58,000 people in the UK alone.

“The conditions of deportation, such as shackling detainees to ushers for long journeys in potentially cramped conditions, risk exposing people to the virus,” the letter reads, adding that Black people are already at an increased risk of contracting coronavirus.

But it’s not just Covid-19 that MPs are worried about. “The dangers of return are huge,” the letter goes on.

“We know that five UK deportees were killed between 2018 and 2019. Some people in detention have scars from past abuse in Jamaica, or siblings who have been murdered.”

‘Righting the wrongs’ of the Windrush scandal

The letter also points out: “You have previously committed to ‘righting the wrongs’ concerning the Windrush scandal. But eight months after the Windrush Lessons Learned Review was published, the recommendations have still not been fully implemented, it adds.

“Planning a pre-Christmas deportation flight demonstrates that the Home Office has so far failed to learn any lessons. It has been reported that at least one of those already detained for this flight has a Windrush generation grandfather.”

The letter ends: “Tackling institutionalised racism starts one step at a time. We must not see a repeat of the actions that led to members of the Windrush generation being so unjustly treated.

“We urge you to cancel this flight and take a step in the right direction towards ending the hostile environment.”

Former Labour leader Jeremy Corbyn, who also signed the letter, has penned his own message to the home secretary.

Corbyn called the deportation “the continuation of an unnecessarily harsh approach that ought to have been abandoned on the back of lessons learnt from the Windrush scandal”.

He added: “Actions speak louder than words and the government must prove that it no longer actively pursues such a hostile approach.”

Good news Brexiters: After six wasted years, Truss is about to deliver a Brexit that ‘actually works’… apparently