“We think that by encouraging the uptake of the vaccine, we will get a very high proportion of people in this country to take up the vaccine, because of course it protects you but it also helps to protect your loved ones and your community.” 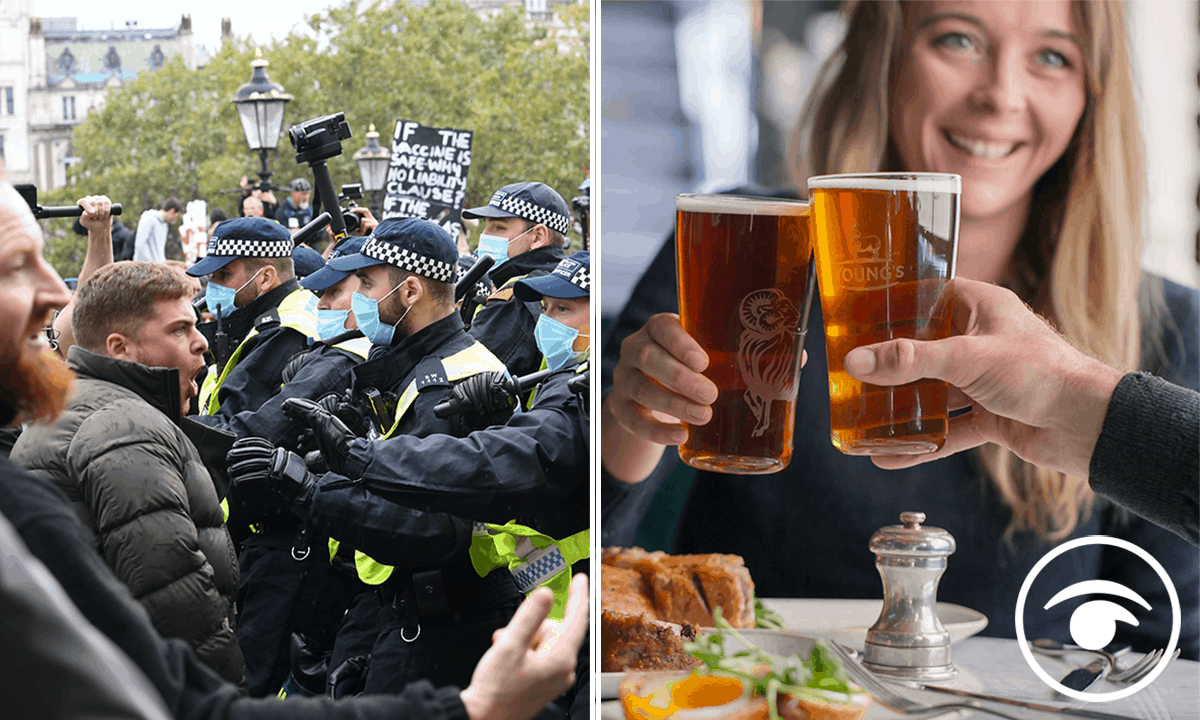 In news that will anger anti-vaxxers to new levels, Pubs and restaurants could demand to know if a customer has received a coronavirus jab before allowing them in, the Government’s vaccine minister suggested.

Nadhim Zahawi, who is responsible for the rollout of a vaccine if one is approved by regulators, said it would not be compulsory to receive an injection.

But he suggested businesses might require proof of vaccination before allowing people in.

Asked whether people who get the Covid-19 jab will receive some kind of “immunity passport” to show they have been vaccinated, Mr Zahawi told the BBC: “We are looking at the technology.

“And, of course, a way of people being able to inform their GP that they have been vaccinated.

“But, also, I think you’ll probably find that restaurants and bars and cinemas and other venues, sports venues, will probably also use that system – as they have done with the (test and trace) app.

“I think that in many ways, the pressure will come from both ways, from service providers who’ll say, ‘Look, demonstrate to us that you have been vaccinated’.

“But, also, we will make the technology as easy and accessible as possible.”

Such a regime could result in people without the vaccine facing severe restrictions.

Mr Zahawi said: “I think people have to make a decision.

“But I think you’ll probably find many service providers will want to engage with this in the way they did with the app.”

Health Secretary Matt Hancock told a Downing Street press conference: “For a long time now we’ve been looking at the questions that minister Zahawi was talking about and the question of what’s the impact on the individual in terms of what they can do.”

But he added: “Firstly, we do not plan to mandate the vaccine.

“We think that by encouraging the uptake of the vaccine, we will get a very high proportion of people in this country to take up the vaccine, because of course it protects you but it also helps to protect your loved ones and your community.”

Ilan Kelman, professor of disasters and health at University College London, said care needed to be taken for those who were unable to receive a vaccine for medical reasons.

Prof Kelman said “vaccine passports” are not a new idea, with proof of inoculation against yellow fever or polio a requirement to enter some countries.

“One difference here is proof of vaccination for daily, local activities – a debate which is long-standing, such as mandatory MMR (measles, mumps and rubella) vaccinations to attend school.

“This issue was reinvigorated last year after a measles outbreak at London schools and some places do have mandatory measles vaccinations for children attending school.

“A proviso is if it turns out that there might be some certified medical reasons for being unable to take the vaccine. A system of verifiable exceptions would be needed.

“As the minister indicates, for people who choose not to take a vaccine, then they can also choose not to participate in activities which demand it.”

Related:‘Irony’ as anti-lockdown protestor unable to come to court today after suffering with Covid symptoms