Energy bills will soar by 54 per cent for 22 million households from April, Ofgem announced. 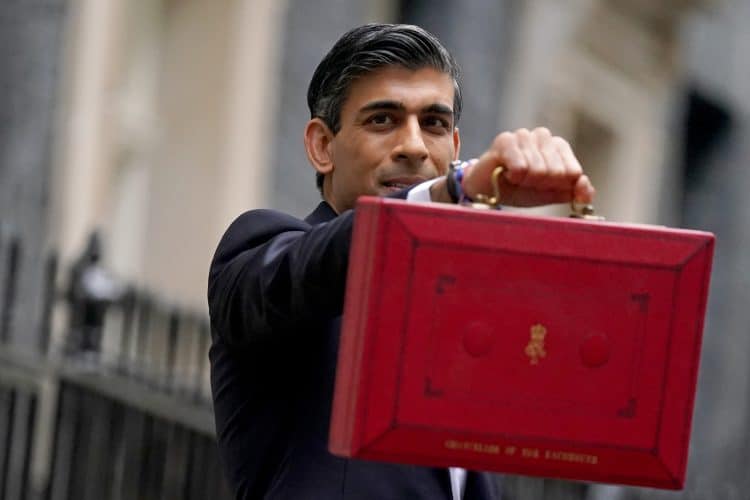 The poorest ten per cent of British households will be plunged into ‘fuel stress’ – despite Rishi Sunak’s pledge to give families £350 relief.

Almost all of those in the lowest income decline face spending more than a tenth of their disposable income on heating and electricity bills, according to analysis of the Treasury’s proposals by the IPPR think-tank.

The extent of the cost-of-living crisis was laid bare on Thursday as the Chancellor was forced to step in to offset a nearly £700 spike in energy bills, while the Bank of England warned inflation would hit its highest point in more than three decades.

Energy bills are set to soar by 54 per cent for 22 million households from the beginning of April, adding £693 to the annual bills of a typical household.

Meanwhile, inflation is set to hit an eye-watering 7.25 per cent in April, according to new Bank of England forecasts released on Thursday.

The prediction would mean that disposable incomes would fall by around two per cent, according to Bank estimates, the worst impact since records began in 1990.

Sunak has promised to help households through the energy price rises.

But IPPR said that the Chancellor’s plans will do little to alleviate the pain for struggling Brits. For the least energy efficient homes in the poorest decile, households could wind up spending as much as 19 per cent of their income on energy bills – even with government support.

And the plan to target income support to those living in homes in council tax Bands A to D means that those on low incomes living in higher band properties will not automatically benefit, leaving more than two million people having to apply for extra help.

Meanwhile 44 per cent of those with the highest household incomes – the top ten per cent – will receive a tax cut, despite being less in need.

“Our analysis shows that even if every household were to get the maximum £350 possible under the government’s scheme, most of the poorest households in the bottom ten per cent will still be in fuel stress, spending more than a tenth of their income on fuel.

“In the very worst cases, the poorest households could be spending as much as 19 per cent of their incomes on fuel – a potentially catastrophic hit to their living standards.”

The IPPR is calling for an increase to the warm house discount, currently worth £140, to £540 – to be paid automatically to households receiving either Pension Credit or working-age benefits.

It also urges ministers to shift environmental levies on to general taxation, a measure they say would reduce annual bills by at least £126 annually, and increased investment in home insulation and low carbon heating.

Emden added: “In the short-term, the Chancellor would have been better off by moving legacy green levies into general taxation and providing targeted support to low-income households through an increase and expansion of the Warm Homes Discount.

“In the long-term, the government should also be investing far more in measures to improve energy efficiency and clean energy and reducing the reliance of the UK on gas.”